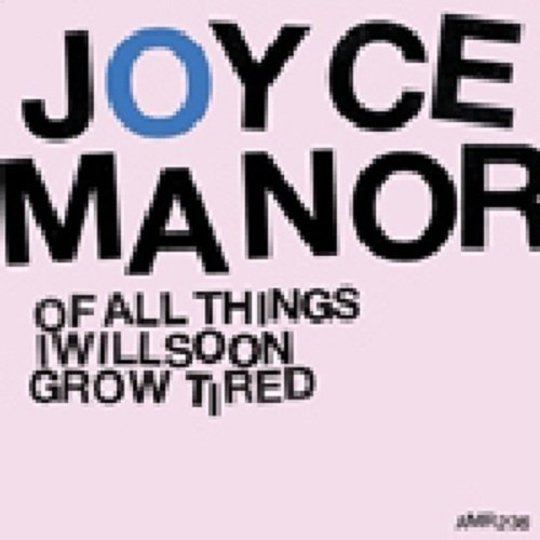 Alright, I’ll keep this short. Joyce Manor would probably approve, given the fleeting 13 minute albumette they’ve presented us with. Something’s definitely changed here since their first self-titled album, released last year. It’s all got cleaner, sparklier, jollier. And with singer/ guitarist Barry Johnson steering clear of his old shouty style, there are moments when it feels like we’re listening to the love child of Morrissey and Billy Bragg.

Disturbing though that may sound, it’s no bad thing. Of All Things I Will Soon Grow Tired is the spirit of Nineties skate punk, a brilliantly nostalgic stab to the senses. Think early Alkaline Trio, and get your dancing shoes on!

Now that the band cleaned up the guitar sound there’s a good few pleasing hooks, and bass riffs to smile to in the likes of ‘See How Tame I Can Be’. Inconsequently, the first song on the record contains the most inexplicably endearing lyrics released this year. How can “You can’t make a mistake, On these kind of ice skates” not make you chuckle? Add to these an experimental edge and we may have something to write home about. Each track has its very own pop flavour, from introspectively unplugged ‘Drainage’ to jangle-tastic ‘Bride of Usher’.

The main downfall of Of All Things… is the ‘Video Killed The Radio Star’ cover stuck right in the middle. The problem is that on first, second and third listen, it’s the standout track. Fourth time around, other songs start to make themselves heard, but this is the one that gets by far the most hum time after the music’s stopped. No matter how well the cover works (and it is a very good rendering), it’s hard not to feel that Joyce Manor’s song writing skills have been a little eclipsed.

This in itself is not enough to hold the band back. After the commotion caused by their first album, an already strong fan base is waiting with open earholes for the follow up. Will they be convinced by the fluctuating style? It’s the kind of album that will no doubt split opinion, buts it’s far too small and convivial to cause offence. As the title suggests, here’s a band skipping from one musical fragment to the next with the reckless abandon of youth, trying out ideas, finding their strengths.