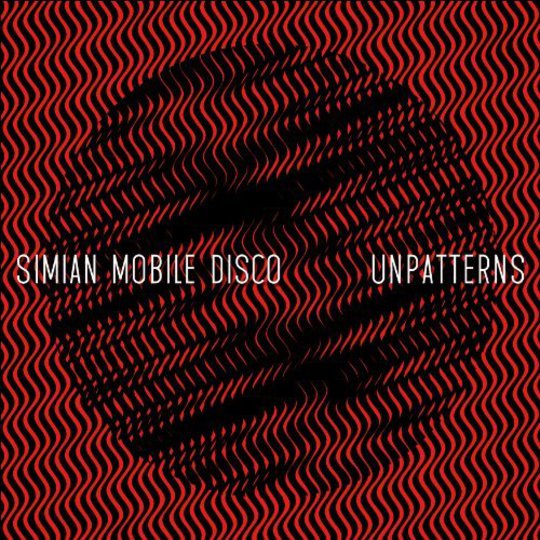 Given their involvement in 2006's premier brainworm, Justice vs Simian's 'We Are Your Friends' – an anthem equally redolent of lovely people having a great time and wankers being dicks, and the kind of runaway track that could not have been more potentially stultifying for its makers – Simian Mobile Disco's catalogue of persistently inventive club records has been one of the revelations of Noughties dance music.

But where each of the duo's past LPs has explored a different sonic avenue to its predecessor, Unpatterns feels like less of a discrete instalment in a collection and more an accomplished blend of the two things James Ford and Jas Shaw do best – gigantic, open-armed, open-air pop, and femur-fracturing analogue techno.

Unpatterns' promo blurb deems it to have 'none of the poppiness of Attack, Decay, Sustain, Release... nor the orthodox dance dynamics of Delicacies', but I'd disagree on both counts. First single 'Seraphim' has as much of a swaying, sensual vocal take – daft fact: it's Cilla Black – as 'Hustler' or 'I Believe', or Temporary Pleasure's 'Cruel Intentions', while 'Interference', with its dead-weight thuds and disinterested gaze, is as scalpel-cold as some of Delicacies' cuts (if, admittedly, the lighter ones).

And when these two elements merge in one song, you get perhaps three of SMD's most masterful tracks so far – opener 'I Waited For You', centrepiece 'A Species Out of Control' and 'Put Your Hands Together', each a seamless splice of warm, expansive melody with unflinching drops that feel like bungee jumps.

Unsurprisingly, Unpatterns is seeped in the pair's watermark – that is, a dark, uneasy undercurrent that gives everything, even the more straightforward party tracks, an edge of the ominous. This sinister streak is most apparent in 'I Waited For You', whose minor key synths rorschach around like diseased blood under pinched skin, and in 'A Species Out Of Control', which shudders with the most chilling, metallic clangs that Ford and Shaw could strangle from their dashboard of vintage hardware.

This tightly controlled sense of threat, syringed out in timed doses, has always been SMD's strength – even the shivery peak of 'Put Your Hands Together' doesn't entirely forget those eyes glinting from the darker corners of the dancefloor, and instead of going out with a bang, the album finishes on 'Pareidolia's uncomfortable comedown of slow, jaundiced synth.

Unpatterns is not without fault – the closing trio of tracks is forgettable – but it contains perhaps some of the pair's best work, and anyone who loved the nastier side of Attack, Decay, Sustain, Release but balked at Delicacies' measured gore should get back on board.