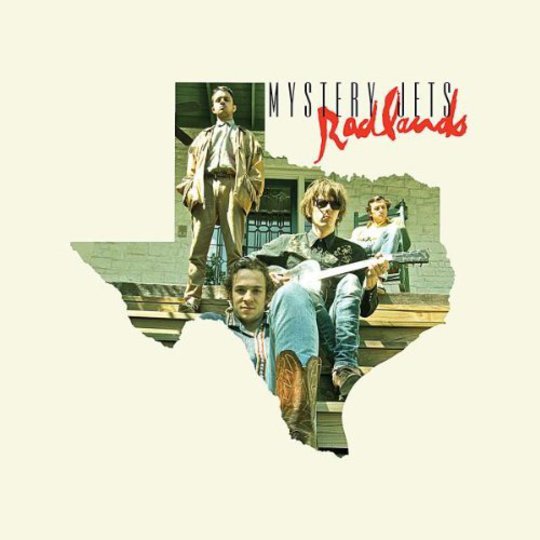 Mystery Jets have always worn their eccentricities like a leopard print badge of honour. As the band who wrote ‘Two Doors Down’, perhaps they’ve every right to. Still, the suspicion that this Eel Pie Island quartet place general whimsy before straight up incredible songwriting continues to linger like simplistic comparisons to Syd Barrett. Following the underwhelming Serotonin, a reboot seemed like the best route forward for Blaine Harrison and co. As it turns out, a country-inspired LP recorded in Austin, Texas was the way they decided to go about it.

What could be more Mystery Jets than trekking over to Confederate America with only a handful of guitars and some Deep South dreaming to get by on? Americana is a suit the group don with lonesome gusto, tempering their excesses even when they're most needed. There’s only so much unhinged delirium you can dole out through a mournful echo pedal.

Stripped of their archetypal fidgeting on the fringes of pop normality, the musicians behind Radlands reveal themselves to be far more accomplished than you’d predict. Compelling in the minor key, the album’s title track is a stunning introduction to a seemingly reinvigorated band, an affecting tale of despondency and disconnectedness that doesn’t rely on grand theatrics to hit its mark. Of course, there’s a caterwauling chorus but it’s perfectly teed up by some disarming lyrical dexterity from Harrison Jnr. “I've heard there's a place where we go when we die," he croons with wistful abandon. " It's a terribly overrated horseshit-shaped hole in the sky?"

The stark opening salvo of ‘You Had Me At Hello’ and ‘Someone Purer’ continues this profound streak of pure brilliance. It’s a joy to hear, not because Mystery Jets have dropped the kookiness, but because they’ve managed to realise something in themselves that previously seemed out of reach. There’s still room for a flight of fancy in ‘Greatest Hits’, a genuinely rib-tickling post-breakup trawl through a shared record collection, "No way you're having This Nation's Saving Grace you only listen to it when you're pissed. But when you sober up it's always, 'Why the fuck are you still listening to Mark E Smith?'"

From this point onwards, it’s our sad duty to report that the only way is downhill. Not to any outstandingly bad offerings, just to several more forgettable ones than can be briskly ignored. ‘Sister Everett’ threatens to be of interest yet ends up rambling its way into a subdued oblivion. ‘Lost In Austin’ would almost be worthy of our original fervour, if it's final flourish of despair weren't so unforgivably tardy. Even a delicate duet between William Rees and the enchanting Sophie-Rose on ‘Take Me Where the Roses Grow’ can’t distract from the song being very average in the first place.

It’s a cruel fate for an initially promising album that loses its lustre the longer it sprawls onwards. A place of bitter emotions and broken ambition, Radlands encapsulates its geographic influences better than the Mystery Jets could have possibly intended.