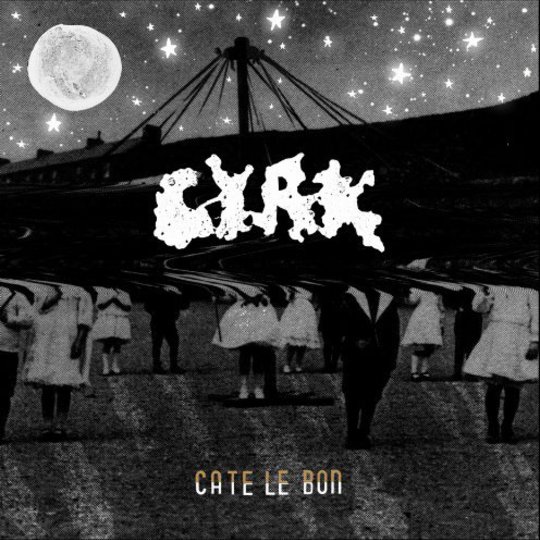 Any musician whose success has been aided by their association with a better-known singer will always struggle to step out of their famous friend’s shadow. That’s why you’ll rarely read an article about Cate le Bon (and clearly this one is no exception) that doesn’t mention the fact that she’s toured and collaborated with psychedelic indie wizard Gruff Rhys. On this album, le Bon’s second, the links between the two Welsh songwriters are as close as ever – CYRK is being released on Gruff Rhys’ label Onvi and during its recording le Bon was able to take advantage of Super Furry Animals’ compendium of synthesisers, effects pedals and guitars – but that doesn’t stop le Bon from making a record that’s unmistakably her own.

It’s the little touches that litter CYRK which make it distinctive from the work of any other singer-songwriter, colouring the record with splashes of ingenious eccentricity which were largely absent from le Bon’s 2010 debut, Me Oh My. For one thing, the title of the album – the Polish word for ‘circus’, inexplicably capitalised – is puzzling, and the music itself raises even more questions. Why do the cooing vocals in the title track’s middle eight, for example, sound like they’re being sung by a choir of doves? Why is there a weird trumpet solo and a military snare rattling at the end of ‘Greta’? Why does whoever’s playing piano on ‘Through The Mill’ sound as though they’re falling over sideways as they do it? It’s hard to know the answers, and harder still to imagine how someone could come up with such strange ways of embellishing their straightforward pop songs, but one thing’s for sure – these songs are all the better for it.

There’s even something odd about the way le Bon sings, at times sounding like she’s attempting a cariacatured approximation of a Welsh accent – unusual indeed for someone born in Carmarthenshire. It’s the way she enunciates her way through ‘Greta’, not just twisting, but contorting her tongue around each and every exaggerated syllable. All the while, creaking, claustrophobic hums of synthesiser weave in and out of each other in a Broadcast-like fashion, marking a clear departure from the pretty-but-plain folk ballads of le Bon’s last album. You might even think that ‘Julia’ has been penned in tribute to Julia Holter, the way its synthesiser slowly shimmers.

It’s surprising that these songs should work so well on an album that opens with the rattling rock ‘n’ roll of ‘Falcon Eyed’ (easily CYRK’s catchiest song) but Cate le Bon seems to celebrate contrast – a point proven by CYRK’s final two tracks. ‘Ploughing Out Part 1’ has a beautifully inflected country guitar and the gentlest of choruses, and its simplicity is entirely at odds with ‘Ploughing Out Part 2’, where you’ll find an eclectic array of instruments caught up in a semi-motorik psychedelic wig-out. These two halves of the same song set these two sides of le Bon’s sound in stark contrast to one other, at the end of an album that’s done well to combine them.

Admittedly, the shabby production on CYRK means its colourful psychedelic streak isn’t as vivid as it is on, say, Gruff Rhys’ Hotel Shampoo, but that’s perhaps an unfair comparison. What this album makes perfectly clear is that Cate le Bon isn’t attempting to emulate anyone – not even her most distinguished collaborator. She’s made an album that only she could have made, and frankly it’s refreshing to hear a female singer from a folk background whose most obvious and overwhelming reference point isn’t Joni Mitchell via Laura Marling. A songwriter this unique and talented shouldn’t be standing in anyone’s shadow.