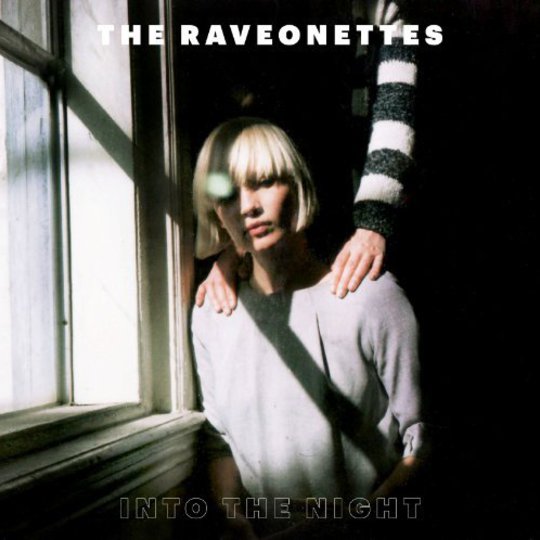 The band name says it all doesn’t it? From their name alone you might be able to deduce that The Raveonettes are heavily influenced by Sixties girl/boy groups and that parts of their record sound like something Phil Spector produced. I mean, not their sound as a whole, which is pretty garagey, but little touches, like those strings which gorgeously play out as the title track comes to a close. However, you would need to actually listen to the band to note music dripping with an unmistakable Velvet Underground influence and Jesus and Mary Chain fuzziness which coats the bitterness and loss characterising much of the band’s lyrics. The Raveonettes take you to the dark side and articulate every sharp pang of aching heartbreak and rejection you ever felt but they make it sound so goddamn lovely.

“Take me/Make me/Break me” the band sing on ‘Too Close To Heartbreak’ and you know exactly what they mean because it’s the eternal pain of the teenager from the US high school romcom who has no date for the prom. Except with more pain and no happy ending, like real life. A song by The Raveonettes knows that you can’t just take off your glasses and bag the boy or girl of your dreams because underneath those glasses you’re irresistible. It knows that in reality you’ve probably got a better shot if you leave the glasses on because at least they cover some of your face, but actually even then you still don’t really stand a chance. All this absorbed into lush, noise-infused chords. If you listened to The Raveonettes when you’d just been dumped you might actually cry: “Heartbreak, oh heartbreak/I hate you/I’ll leave you/Wasting time alright”.

‘Night Comes Out Revised’ begins with a traditional angular indie sound but soon comes out all psychedelic, like the ending credits to an eerie road movie that takes place entirely at night. ‘Bad Ghosts’ wraps up the EP on a note which feels like there’s no redemption: “I’m always here right by your side” but you can bet they don’t mean that in a nice, supportive way, more like there’s no escape from the loves of your past, from your mistakes, from anything.

But you don’t need to be depressed or broken-hearted to love The Raveonettes. They take great cues from a catalogue of some of the best bands of yore, from The Ronettes to The Velvet Underground to Jesus and Mary Chain to The Shangri-Las and then they mesh them together making music that glistens in the darkness. The nostalgia-soaked sound makes for all the more poignancy, like the eternal adolescence you feel even as your body ages; like everyone you’ve ever loved fading away bitterly into the night in a haze of fuzz, but still with enough of a raw garage-band-heart to feel truly alive. There might not be a Hollywood ending but who needs that shit when you’ve got such a great soundtrack?