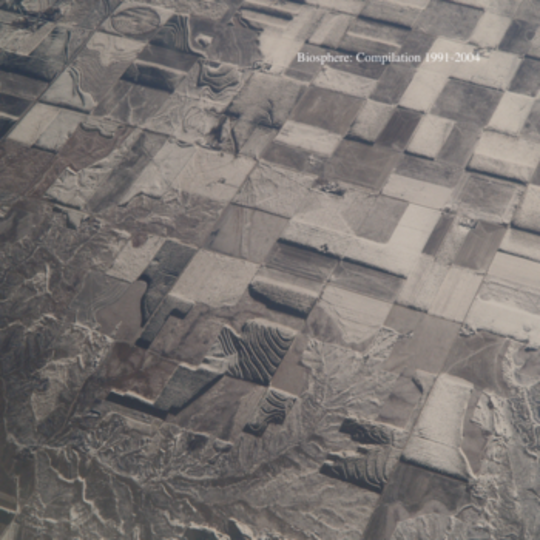 After 27 years creating albums/film scores/flexidiscs, Geir Jennsen is probably overdue a collection of loose ends. A Best Of for Sony in 1996 was a treat for his Japanese fans (and eBay), but outside of that, no-one’s compiled all the annals of ambient Biosphere’s dipped into. So he’s done it himself: fresh from last year’s N-Plants album and his soundtrack to the movie Nokas - think BBC heist drama Inside Men but with sledgehammers and ski masks, and real

Beginning in his pill-swallowing years, the collection finds Jennsen caught up in techno, gurning and sweaty and only half-seeing his future in the chillout tent. For ex-ravers or fans of ‘Little Fluffy Clouds’ by the Orb, this is a sweetshop: the radar bliss of ‘The Seal & The Hydrophone’, featuring an interview with a marine biologist (which would inspire his trademark psychoanalysis samples), to the rave particles of simply ‘Hydrophone’, a cousin to Orbital I-era techno. The rush of ideas Jennsen was having here is staggering, and you wander just how many of today’s stars plagiarised his hard-to-find originals. ‘Sun-baked’ features identical sunny hooting to Boards of Canada. ‘Valchirie’ is the Batman Begins theme, just three years early and dipped in nitrogen.

Eventually Geir settles into his foggy niche, successfully mapping the half-world of your kitchen, 4am. Now hardly remembering his Amiga games and sci-fi toys, tracks like ‘Vi Kan Tenka Digitalt, Vi Kan Tala Digitalt’ draw on earthly ambience, filled with shortwave whispers and motorway service noises. ‘Superfluid’ makes use of a demented church service, and ‘Die Luftseilbahn’ (literally, the cable car) cracks and rumbles, built around the clatter of happy machinery. From here, 1991-2004 is for Biosphere nuts only, requiring an open mind and access to a sun lounger. If you don’t like dial tones or mysterious wind chimes, put your Baddies CD on now.

That might be the only problem with this collection - it doesn’t explore quite enough of Biosphere’s early deviations. Sometimes a mess, sometimes a golden mix of self-analysis and faded software, this is the sound of Geir Jennsen getting comfortable, with all the rolling over that implies. By the time the warm piano of ‘Reef’ surfaces it’s hard to tell whether this is rave, dub techno or just very well-crafted nostalgia. Either way, 1991-2004 is much less of a curiosity piece than his last compilation, and shows how, for 13 years, this Norwegian had a hat for all occasions.

Pop Will Eat Itself at The Rescue Rooms, Nottingham, Nottinghamshire, Wed 21 Mar