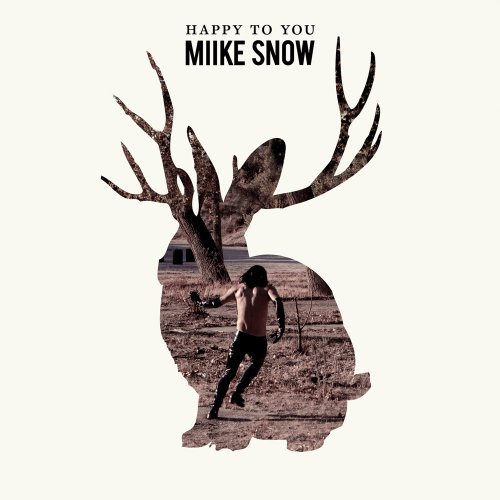 Miike Snow - Happy to You

The same mix of insights vs. bongo drops but now with gentler electronics, like Hot Chip wearing wooly jumpers.»

in 2009, miike snow released their self-titled debut album much to the acclaim of critics and fans around the world, miike snow's 'animal' found it's way into movies, commercials, dance floors and hearts, to became the ode of a generation. 'happy to you' is the highly anticipated follow-up on columbia records. on their sophomore effort, andrew wyatt, christian karlsson and pontus winnberg draw from some of the most influential moments in pop, rock and electronic music to create a sonically grandiose and haunting sound, an opus extending into the deep, dark and magical crevices of a wild imagination. alongside all the fine-tuning and familiar sounds, the album also features full orchestras, brass sections and marching bands. on making the new record and the evolution of miike snow's sound, pontus winnberg states, "before this album, we were an idea. this time we were a band. and this time, we had paid our dues; we'd toured in 27 countries for 18 months. when we came in to make happy to you, we came in as a unit, and emotionally for us that makes a huge difference. and hopefully you can hear it." recorded in various studios throughout sweden and self-produced by the band, miike snow's follow up is a complete and cohesive response to their widely well-received debut album. swedish artist and director andreas nilsson also signed on for the campaign to visually bring the idea of what the jackalope represents and miike snow's vision for the future to fruition.
description from www.roughtrade.com