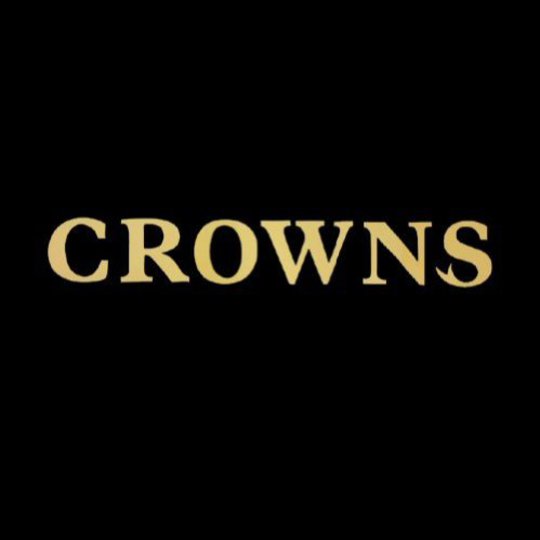 We like mates, right? And pubs? And mates in pubs? Yeah, that’s a good combo, isn’t it? And underdogs? And spit? And sawdust? And dancing on tables? Uh-huh, yup. And we like outsiderdom too, don’t we? In particular the outsiderdom which years in remote communities brings, that’s the best type unless I’m very much mistaken. And cheekbones, yeah? And eyes that are too young to be this sad and sallow and masked by legless Cornish camaraderie?

Yes, yes, yes, yes, yes…? Then here are Crowns. Peddling their charmingly shabby wares from a faded dusty curtain laid out in a pub car park in Cornwall, all youthful, wide-eyed excitement and a very British instinct for the sauce and the Celtic-punk and, yeah, the sauce...

This is their debut EP, not unreasonably being pushed at listeners using the lexicon of the high seas. No, not unreasonable seeing as their drunken-jig, tuneful, knockabout careenings do bring to mind the drinking songs of men with missing teeth, who maybe haven’t shaved for weeks, who stink of sweat and sea salt and seagull shit and who, y’know, might be missing a limb. Couple that with their Cornish roots (the self-titled Crowns is released to coincide with St Piran’s Day – in commendable, if ridiculous, reverence of the patron saint of their county and, indeed, of tin-mining) and the support of the King Blues and Radio 1’s punk-rock stalwart Mike Davies and the game is given away – this is a (much) younger, hotter, Cornish-er Flogging Molly. Or a Pogues built from flint who have not yet reached the dark side. Or… well, you get the (wonky) picture. Booze? Pirates? I don’t see how much clearer I can make this.

So, as you may have gathered, this is no mini-Kid A (or whatever 'serious' record you want to throw in). This is the first burst of life of a band that doesn’t take itself seriously on that level. Yet. Not to say it has the juvenility of, say, Blink-182. No cock-puns here, but an emphasis on the refreshingly youthful and celebrating all the classic things you would expect (standing up to authority, perseverance, faith in conviction, their heritage, kissing girls, did I mention drinking?) bashed out with the teeth-baring vigour fitting for the themes. There is more thoughtfulness and craft at work here too. This you may glimpse in their arrangements, particularly the three part vocal department, but for now they needn’t dwell on this (although after joyous mucking about must come more considered reflection, you’d like to hope). For now, atmosphere is almost all and they should be allowed to blissfully revel in going to the pub and playing music and falling over and whatever the next few moments happen to bring. And what could be more appropriate? There’s plenty of time yet to deal with stretching themselves (which they will) and getting all serious and that and, hey, it’s not so long to summer – which means long, sunny afternoons in, yup, the beer garden.