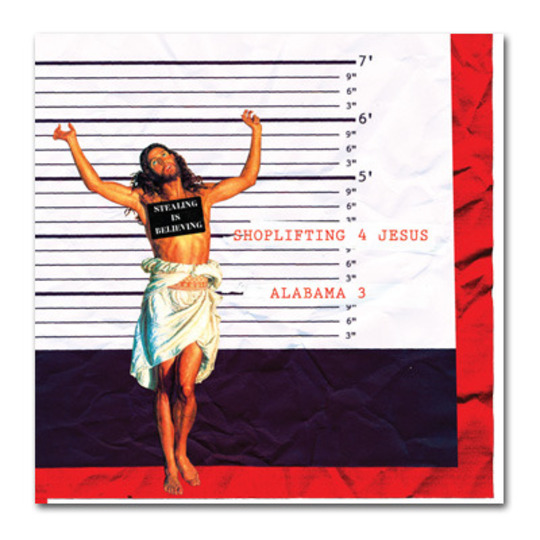 Revisionism is the most unfair thing, isn’t it? Over recent years its cruel fist has grasped and withered a number of hapless victims, from the likes of former cricketer Andrew Flintoff to Lost, from Ray Winstone movies to the Nineties trip-hop movement. Beloved in their heyday by millions, their reputations now are windblown by a combination their fans’ collective ageing and the dawn of the hipster. As, it turns out, overblown cricket-related drop intros aren’t really appreciated around here, I suppose it’s the latter two examples that are a bit more pertinent to the new record from Alabama 3.

The sharpest of trolls (aside from those who skipped to the end to comment before this paragraph) will no doubt have recognised that Alabama 3 were never of course really a trip-hop band. Rather they’ve spent the past 17 years carving themselves a nice little groove firmly in the blues/acid house genre, with a kind of dance thing going on. Except for the times they were doing a folky gospel thing. Still, it seems that the thinking behind Shoplifting 4 Jesus is that when you’ve received acclaim dabbling in every other genre, why not do a trip-hop one? Apart from the bits that are sort of hip-hop-shoegazey, obviously. Once you’ve got past the modulated opening-track vocal from Ray Winstone.

In fact Shoplifting 4 Jesus almost needs Winstone’s gravelly, Brit-flick gangster (that’s the closest I’m coming to referring to that soundtrack) intro to remind you that this is a group out of Brixton rather than a kind of New Jersey/Orleans hodgepodge, such is the dirty slurry of sounds that melt together in this swamp of an album. It’s less an urban hipster hangout; more a druggy, fucked up crawl through an aural mangrove. It’s a mess, and in places an utterly glorious one.

There are of course moments where Shoplifting 4 Jesus is horribly inglorious. ‘Saved’, for example, is perhaps one lap steel guitar too many and tips over from likeable-as-a-pastiche country to 'oh God they’re wearing those sunglasses and cowboy hats indoors without irony' territory. Meanwhile the spoken word beginning to ‘Star Intro’ is so mumbled and obfuscated, so desperately low-fi to render it incomprehensible. If you wanted to be dickish you could complain that ‘Black Dog’ ironically sounds a tiny bit like Led Zep’s ‘Battle of Evermore’.

But then things get weird, morphing into a kind of almost irreverent take on some of the post-punk inspired Nineties alt-rock I grew to love. ‘Star Intro’ descends into ‘I’ve Been Seeing Stars (Ain’t Seen The Light)’ via something that sounds like Spiritualized produced by Jeff Barrow; an anachronistic throwback which shouldn’t work but just makes you (well, me) smile. Or there’s ‘It’s About That Time’, which seems to be lifted from those Nineties disco tracks that I suspect are a guilty pleasure for many DiS readers: think of a not-shit, post-modern Haddaway and you’re sort of there.

As a whole, the album feels like a revolving band of troubadours have taken a potpourri of ideas and cast them into a boggy low-fi cauldron with a 'fuck it, why not?' attitude; how else can you explain the hip-hop-sings-the-blues of ‘I Blame Kurt Cobain?’ that pretty well epitomises Shoplifting 4 Jesus? The record’s title, and the opening line “There shall be no bankers in the house of the Lord. Kill ‘em all” suggest a unifying theme throughout, but when the vocals and the lyrics take such a back seat to the whole 'LOOK WHAT WE THOUGHT UP NOW' thing this album screams at you, it holds a limited amount of water. Normally such an ambitious move would fall on its arse – see Everything Everything – but in the hands of Alabama 3 it just about stands up. I think.