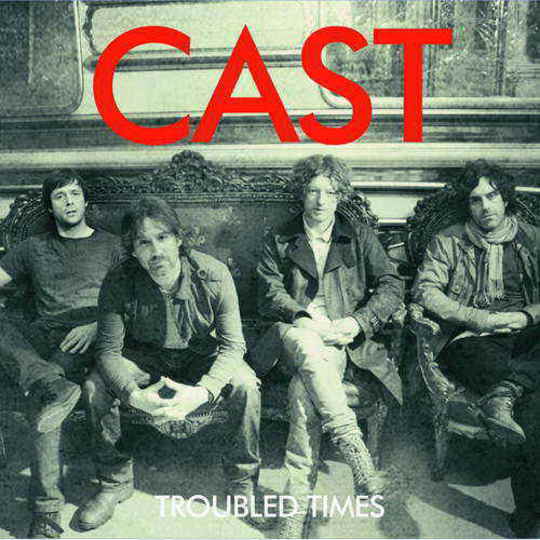 Back in the summer of 2008, England’s outrageously talented-yet-mercurial batsman Kevin Pietersen played in a one day international against New Zealand at Durham. It was in this match, against the medium-pace bowler Scott Styris that he coined what soon became known as the switch-hit: a shot which involved him switching from a right- to a left-handed grip and stance midway through the delivery, and cleanly sending the ball soaring into the stands for six. It was something that had never quite been done before; perhaps a bit derivative of the reverse sweep, but nonetheless a piece of batting that required incredible skill, and made headlines throughout the ensuing series.

A few days later I was opening the batting for a local village team in Northamptonshire. After two balls of steady accumulation, I decided that now was the time to emulate Pietersen and unleash the switch-hit. I adjusted my stance, swapped my hands around, dropped the bat, pivoted on my left foot and fell - with all the grace of a swan caught in barbed wire - on to my stumps, shattering the bails and being comprehensively and ignominiously out. So humiliated was I, that with a small total to chase in the second innings, our captain demoted me to tenth in the batting order, just ahead of a small child, to save me the humiliation of having to face the fielding side again.

Now, that story is not true. Nonetheless, it’s one I was reminded of when, shortly after the successful reunions of Nineties pop icons Blur and Pulp, a slurry of Britpop also-rans (so often a tautology) began to emulate them, from the Stone Roses to Echobelly. Now, former Virgin Radio staples Cast return with Troubled Times, and an album that should satisfy... erm, who exactly?

Just as with scripts for videogame dialogue, Pirates of the Caribbean sequels and the Scottish national rugby union team, the most obvious and most pressing question is 'why does this even exist?' We pride ourselves at DiS on not making crass, sweeping generalisations, but there is absolutely no one in Britain who is eagerly anticipating the new record from Cast. Yes, as the press release reminds us, Noel Gallagher once described watching the band as 'a religious experience', but (a) he also once called Ocean Colour Scene 'the second best band in Britain' and (b) it also refers to 'two of the most lauded and legendary bands of the time, The La’s and Shack'. A quick perusal of Wikipedia also reminded me that they had a radio hit with ‘Guiding Star’, which doubles the number of their songs I can remember after theme-tune-for-thick-people’s-breakups ‘Walkaway’. For someone as anal as me, it’s impressive that vocalist John Power’s cloying use of made-up compound words and misappropriation of apostrophes in THE NAME OF YOUR BAND is just about the least grating thing about him.

So what of Troubled Times and the band’s new, updated sound? What direction are Cast going in now, some ten years since their last release? How will they have avoided being a hilarious anachronism in this decade when the music they (kinda) made their name with is so inextricably tied to the Nineties? After all, with such heated debate recently over whether or not guitar music is dead, and with so many of their indie rock contemporaries now passionately fighting to proclaim its good health, it’s not like they could just string together a dozen anodyne four chord strum-alongs so unambitious they all manage to blur into one? Something so inoffensive and detached from the zeitgeist that it paradoxically drives me into a murderous rage, with lyrics so banal and trite that to listen to them again and write them down is something I absolutely refuse to do in 2012? Something that sounds like listening to someone who has just learnt their first song on the acoustic guitar, and it happens to be a McFly ditty?