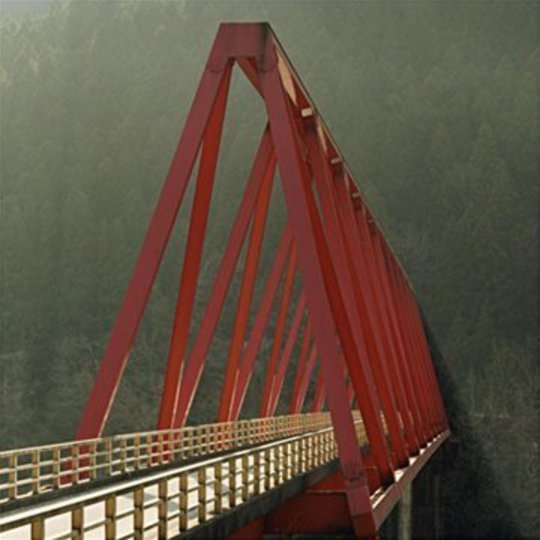 In the three years since Fanfarlo’s Reservoir first burst on to the scene and promptly soundtracked every advert that hadn’t been snapped up by Wild Beasts, the folk-pop scene has exploded. Or become more Mumfordised, which might be a more simplistic way of looking at it. It wouldn’t be unfair to ask if there’s even room for any band in that genre to try anything else, lest shareholders’ heads collectively implode at the mere mention of Grammy-mongering. Fortunately for us, Fanfarlo seem to have resisted all the pressure of Reservoir’s success and potential to become a banjo-wielding clone, and given us Rooms Filled with Light instead.

Whereas Reservoir was filled with barnstormers notable for their immediacy, Rooms Filled with Light takes quite a bit longer to establish itself in your brain. But take root it most certainly does, with the gentle honky-tonk topline of ‘Tunguska’, or ‘Bones’ bass and glockenspiel merging with atmospheric, barely audible synths, building into a sweeping epic that just about keeps itself on the ground.

The straight-up power-pop of Reservoir has been modified, dialled down a notch in favour of something altogether more complex, but thankfully far from eliminated altogether. It's very difficult to not do as ‘Tightrope's chorus insists, "Just let it go/Just walk in a straight line" and wind up bopping along doing a silly dance on the bus. Meanwhile, ‘Shiny Things' darkly humorous "It's as if nothing happened" chorus, shrugging off impending annihilation, is delivered with such unreserved glee it's difficult not to look forward to the prospect if this is the music we get to soundtrack it.

This being 2012, and a band with leanings towards the pop end of the spectrum, there are, naturally, some concessions to the ongoing chart vogue. Yes, there is the occasional synth. But it's never overt, never self-consciously trendy, always complementing the song and never at the expense of it. Following in the same vein, the album’s vocals are haunting, yet never overblown or ostentatious, from ‘Replicate's opening staccato chants of "It's gonna..." to ‘A Flood's closing "Come the weekend we'll get lost/Just in time to get caught in the rain". In an album filled with initially impenetrable themes, the harmonies are what wind up drawing the listener back for weeks afterwards.

All of Reservoir's classy songwriting nous and pop sensibility is on display here, paired with Simon Balthazar in more contemplative, subtle mode. That subtlety is such that often, lyrical content completely bypasses the more casual listener. Several listens in, the album's broader themes of chaos and malaise in the modern world only barely make themselves known, with 'Replicate's "How can we extricate ourselves enough/or fight something that's part of us?", or 'A Flood's "Just put off decisions if you must/As the lights flicker back to life again" only hinting at the depths of torment behind them.

Similarly, Balthazar’s dark humour only reveals itself to those willing to look sideways to find it. 'Shiny Things' declaration that in the event of humanity going extinct "we'll be preserved on a shelf somewhere/Give us mirrors for company", is a perfect premonition of humanity’s collective magpie tendency eating itself into brain-in-a-vat status. If the world’s collective Twitter obsession hasn’t already driven us there, of course.

It’s not exactly love at first sight with Rooms Filled with Light. But like all the best love affair it endures, and reveals new sides of itself with each listen. Attention must be paid, but the reward is a giant ‘Welcome to the club’ bear hug. Unlike practically every other album out there vying for instant gratification, this is a record content to take its time and earn your love little by little. This elegiac ode to times gone by is filled to the rafters with wit, charm, guile and all those things that seem to have disappeared from modern life. Rooms Filled with Light is as big an incitement as any to try and find them again.