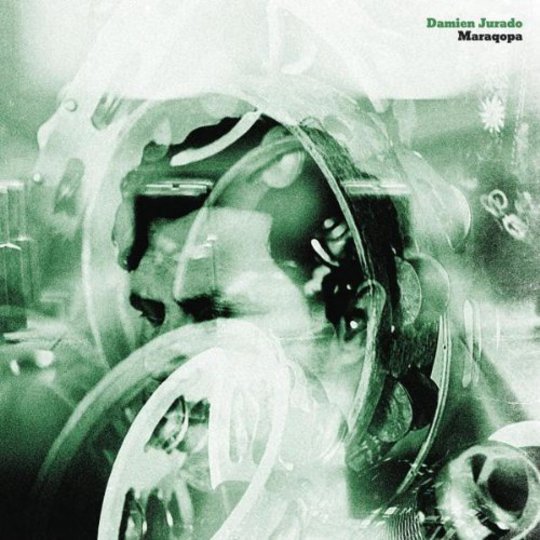 It's difficult to choose a definitive Damien Jurado record, but his previous offering, 2010's Saint Bartlett was certainly a standout album in his back catalogue. Compared to previous records where Jurado was rocking it out a little bit on the few occasions that he wasn't slipping nicely into the one-man-and-his-guitar mould, Saint Bartlett was the sound of Jurado slipping off stool, stepping back from the microphone, letting the songs breathe and letting the arrangements do more talking.

Simultaneously more expansive and intimate Jurado was no doubt greatly aided by producer (and fellow singer-songwriter) Richard Swift, another individual with a knack for sweetening the pill of acerbic lyrical pathos with sublime melody. As a singer/producer pairing it was a complimentary match rather than a revolutionary one. Swift's production skills set it apart from previous albums, but Saint Bartlett was still very much a Damien Jurado record and the same applies to Maraqopa.

In fact just about everything about Saint Bartlett could apply to Maraqopa, which is by no means a criticism. Maraqopa shatters Saint Bartlett's status as a standout record in Jurado's back catalogue simply by providing some continuity with that records sonic characteristics with minor refinements along the way. Rather than simply bulk out the arrangements, Swift's production generates a sense of space, although not the expansive Cascadian vistas and panoramas you would associate with fellow Seattleites Fleet Foxes; the trembling chimes and reverbed wood-block of 'This Time Next Year' are like the creaks and moans of an old country home, akin to incidental sounds breaking the stillness of the chilly interiors. The major upside of working Swift again is that Maraqopa, like Saint Bartlett, is blessed with a uniform atmosphere, equal parts rustic and ethereal, that beautifully compliments Jurado's emotionally direct approach.

'Life Away From the Garden' is a perfect example, Jurado's every line haunted by the reverb laden repetition of a children's choir over a simple plaintive strum, mirror-imaged xylophone/piano tinkles and cool airy synth. When Jurado and his choir of ghostly babes suddenly sing in unison on the coda's key change it's stealthily breathtaking. Although the dense fog of warm Eighties synth that suffuses 'Museum of Flight' is sonically opposed to the spectral pointillism of 'Life Away From the Garden', it has an equally astounding effect when it drops into place amongst the acoustic strums and crisp beats, and then there's Jurado's delicately impassioned falsetto pleading “Don't let go, I need you to hang around. I'm so drunk and foolishly in love.” It's like a song cut from Destroyer's Kapputt for having too much pathos and not enogh rubbery bass.

However, the fuller, more lush sound on show on 'Museum of Flight' is atypical of the record in sonic terms, although several tracks share it's pop nous. The oddly infectious 'Reel to Reel' comprises a distant swirl of celestial tinkles and humming synthesizers foregrounded by a 'Be My Baby' beat and the shimmer of Jurado's lightly distorted guitar with the whole track floating upwards on the weightless chorus harmonies, which seemingly eulogise a deceased friend or perhaps lover (“The greatest songs I'll never hear from a band you started in your mind leave us hanging on to your legend, as you exit through the tape recorder.”) It goes back-to-back with the equally impressive 'Working Titles', Jurado seemingly pining for a lover departed for Washington (admitting with humility “ You wrote about me on every new record/ I'll show up in a title of your song/ I only hope somebody requests it”) and made all the more heartbreaking for the marriage doowop harmonies and delicate glockenspiel.

As on previous efforts it's when Jurado displays his pop sensibilities that Maraqopa is most satisfying, but the earthy title track is possessed of an ominous cavernous portent and 'So On, Nevada' is languorously rousing in the vein of Band of Horses, but perhaps less self-consciously anthemic. It's somewhat damning that the one real clunker is also Jurado's most ostensible stab at progress or experimentation, album opener 'Nothing Is The News', a bloated seventies style jam complete with vulgar organ runs and duelling wanky guitars, but Maraqopa maintains such a consistently high quality that you'll be unconcerned that it leaves boundaries undisturbed.

“Treasures of worry here, you're voice was so sincere, I've known you my whole life”, Jurado sings on the deceptively slight country-pop album closer 'Mountains Still Sleep'. He's on to something. The risks that Damien Jurado and producer Richard Swift take on Maraqopa are small and subtle adjustments to those already made on Saint Bartlett, but they are small steps which reap exquisite rewards for the listener.