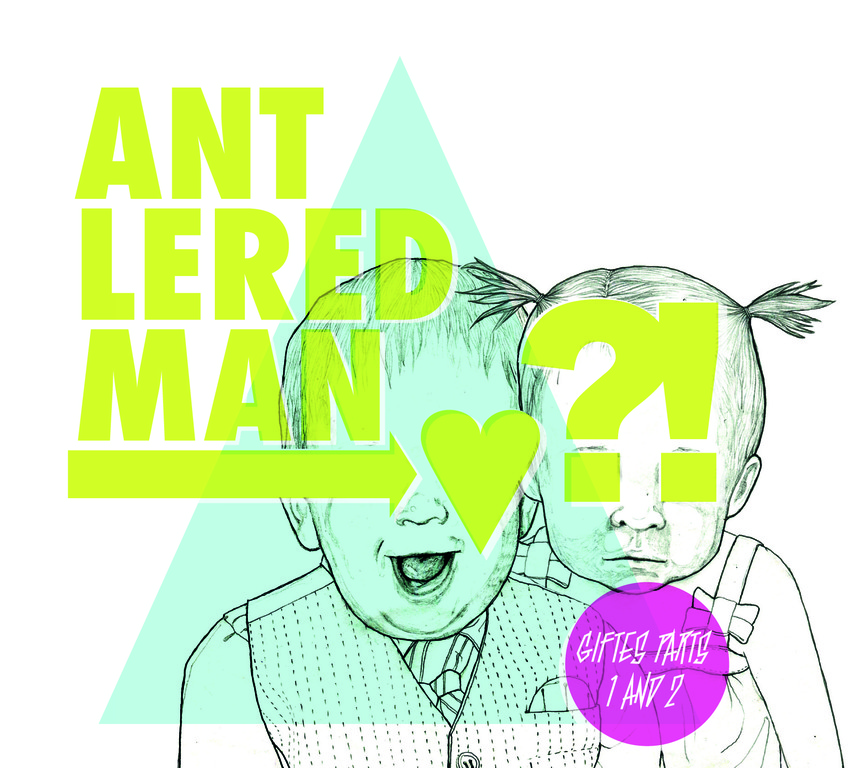 This may be a strange, dual-antlered hybrid of quirky intention and fervent ambition, but it takes great care to bridge the divide and a lot of love has clearly gone into Giftes 1&2.»

antlered man release their self-produced debut album 'giftes parts 1 and 2'. antlered man's debut is a schizophrenic beast. a record that would nestle happily on the ipecac roster. ten tracks offer a fitting introduction to the politically charged bermondsey-based alt-rock quartet. the cd release comes in the form of an awesome digipak with a 24 page printed booklet featuring lyrics and original artwork by joni marriott. file alongside system of a down, queens of the stone age, mr bungle, the melvins and future of the left.
description from www.roughtrade.com