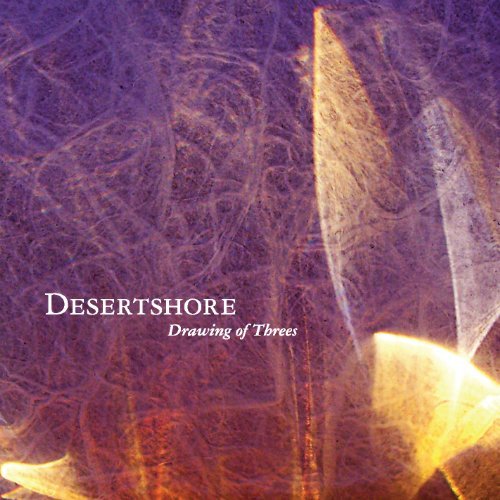 Considering this was a fairly casual experiment, unplanned in a sense, the resulting concoction of music feels remarkably defined and completely intentional.»

featuring mark kozelek... 'drawing of threes' is desertshore's second album but it's their first with vocals. their debut in 2010, drifting your majestic was entirely instrumental. they didn't set out to make this album with vocals. they had planned, after the critical success in the usand uk of drifting your majesty, to continue in the instrumental form. fate however, intervened. the two forces behind desertshore come from quite different directions. chris connolly is a classically trained pianist who studied with julian white and sharon mann in california. phil carney's history is much more from the rock world. he played guitar in san francisco legends, red house painters and later, sun kil moon. the third force that intervened was phil's old band-mate from red house painters, mark kozelek. at san francisco's hyde street studios during this past_summer, mark began production of drawing of threes, as well as adding vocals, bass and subtle hints of nylon string guitar."my intentions were only to help produce the record, but melodies and lyrics were coming to me as i heard the music, so it felt natural to put a mic up. it was an interesting way to approach music, and i consider it a true co-writing experience between the three of us. the writing fell together very naturally and the songs don't feel overworked," kozelek says.
description from www.roughtrade.com