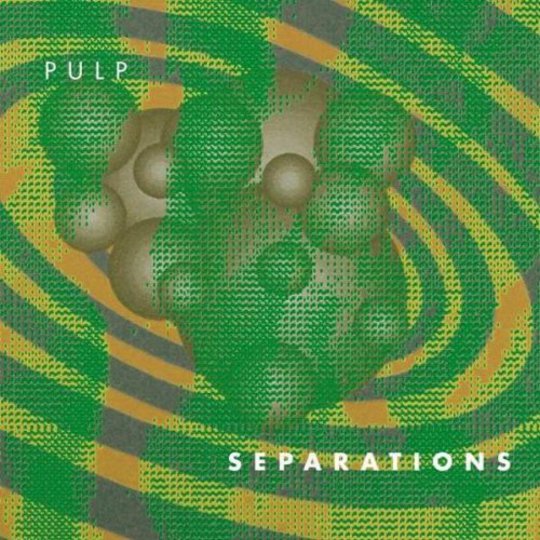 The music industry’s eternal fascination with buzz bands (and to be honest, music blogs’ obsession with covering new bands first) has never been kind to those acts that need time to find their feet. Hype favours those that show flashes of brilliance out of the gate, and those that carry on careers under the radar usually maintain loyal fan bases over celebrity status.

That Separations is Pulp’s third album is remarkable for a few reasons; it’s encouraging that any label would nurture this oddball disco pop for more than one record, and perplexing when you consider that Pulp still won’t arrive at their signature sound until this record's follow-up a few years later.

But it did mark Pulp’s move away from polarising art rock band status, and their steady creep towards accessible pop. There is nothing on Separations that is cringe inducing; on the contrary, there are a few truly great songs. Singles 'Countdown' and 'My Legendary Girlfriend' distinguish themselves with their pulsing disco sleaze while 'Death II' could easily be plucked out and relocated elsewhere in the band’s later catalogue unnoticed. Listening to 'This House Is Condemned', however, sounds as fresh now as any contemporary electronica, and, 20 years after its release, could actually be considered fashionable.

As a reissue, the album is, of course, bolstered with a few bonus tracks, including the to-be-expected remix of 'Countdown'. The cheerful jaunt 'Death Goes to the Disco' is a welcomed addition, though 'Death Comes to the Town' is downright superfluous.

Perhaps what really cuts Separations off from the canon of Pulp’s work is in Jarvis Cocker himself. Shades of the frontman that he will become are there, but the delivery isn’t quite right yet, the observations are less keen, the presentation is just lacking. This younger specimen has a fascination with death and the macabre that will eventually be supplanted by a fixation on class warfare and less euphemistic allusions to sex.

Separations isn’t essential listening in the way the rest of Pulp’s work from the Nineties is, but its growing pains don’t relegate it to the realm of hardcore, forgiving fans. If nothing else, it shows awkward twentysomethings everywhere that there is still hope after the age of 30.