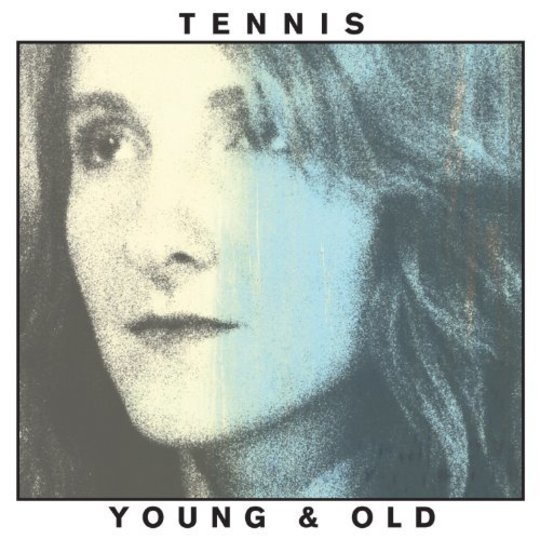 It’s been nearly three years since Camera Obscura released an album, which probably seems like an intolerably long time to the cardiganed twee-obsessive in your life. Fortunately, Tennis have stepped in to fill that particular gap in the music market with their own blend of romance, nostalgia, spangly guitars and general low-key loveliness.

Last year Alaina Moore and Patrick Riley came along clutching Cape Dory, an album that the couple wrote as they sailed around the Atlantic Ocean in a mini-yacht, like a pair of cheerful indiepop Ellen MacArthurs. There was lots to like about the album’s Sixties shimmer and C86 shuffle, but it was just too sickly sweet and over-familiar to fall head-over-heels in love with.

On its follow-up, Young & Old, Tennis are as happy-go-lucky and referential as before, but repeated listens reveal that they’ve now got much more melodic meat for you to sink your teeth into. At first, Young And Old seems as pretty-but-plain as Cape Dory but eventually you start to appreciate the little tricks that Tennis play, which turn their jangly rock and pop standards into something far more seductive. We’re talking about the rising and falling piano pattern that gives ‘Take Me To Heaven’ its tender air of grandeur; the surf-rock riffery of ‘Robin’ that could have soundtracked a sketch on ZZZap!; the cosy backing vocals that cushion Moore’s yelping and yearning on ‘Origins’. These are what turn simple songs into smart songs.

‘Origins’ in particular really turns the Tennis sound on its head. Its staccato piano and bunny-hop bass inject a bit of funk while a frothy guitar adds a flash of colour. Throw in Moore’s vocal, which starts off languid and slowly becomes disarmingly heartfelt (even slightly unhinged) and you’ve got a song that feels more like Motown than My Maudlin Career, and is all the better for it. ‘Petition’ is even more marvellous, bringing the same understated R‘n’B vibe bang up to date as lyrics are almost rapped and embellished with Alicia Keys-like warbles.

Throughout Young & Old, Moore’s vocals present her not as the coy frontwoman of a shambling indiepop outfit, but as a glamorous vintage pop star. On ‘Traveling’, she’s at her most casual and confident, doing battle with zany keyboard parts to proclaim with a flutter in her heart, “This must be rare / ‘Cause nothing else could compare / Not that I’m aware of”. It’s a song about falling in love, but set in a time when falling in love was magical, like in the movies, and didn’t involve making a dick of yourself in a nightclub.

In other words, it’s nostalgic, which is exactly what you’d expect from a pair of retromaniacs like Tennis. Just as the romances in their songs are as idealistic as the ones portrayed in early cinema, the songs themselves hark back to a time when pop music was wholesome family fun. At least with Young & Old, Tennis have built on the default indiepop repertoire they performed on Cape Dory, exploring more soulful, sassier sounds to give their songs much-needed colour and energy. It’s still retro, of course, but it’s starting to sound retro in a way that only Tennis can.