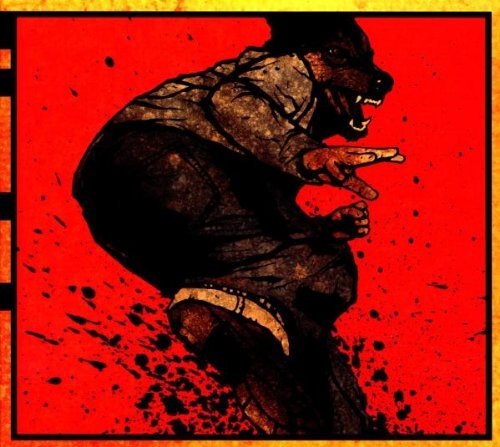 This is a massive, sprawling piece of work - and that's its blessing and its curse. »

'(mankind) the crafty ape', the fifth crippled black phoenix album is upon us and it marks a new chapter in the history of the band. the thematic focus for this album is firmly planted in the corruption of mankind and injustice, but also ultimately in the hope that all is not lost, and that there's a common thread connecting people of like-minds wherever you may travel. the music and themes have been created as to represent the world inside and outside of the mind, with no compromise. crippled black phoenix started in 2004 when justin greaves (formerly the drummer of iron monkey, electric wizard, teeth of lions rule the divine, the varukers, etc..) picked up a borrowed guitar and began to make simple demos. 8 years, 4 critically acclaimed albums and quite a few line-up changes later crippled black phoenix now brings us their fifth album '(mankind) the crafty ape'. on '(mankind) the crafty ape' the band showcases a new level of focus, and that's not to say there was a lack of focus on previous efforts, it simply says that the methods and attitude in making the new album are another move toward finding the total uncompromised potential within the music. this time the recording has been made at the highly regarded chapel studio, situated in the lincolnshire wolds. retaining many nuances that have re-occurred throughout previous recordings, the latest album is a step further and step up thanks to the amazing sounds generated within chapel walls. recorded and mixed by ewan davies, and produced by justin greaves, karl demata along with davies, the collection of new songs have more depth and power than ever thanks to the three conspirators being shut away from the outside world for the best part of a month. the process was altogether more organic, with every step in the production being a rewarding step forward. split in to three chapters, the album plays out as a series of facts and stories. musically, there's the usual dose of misery-vs-hope, a well known crippled black phoenix trademark, but also a large dose of rock, the volumes have been turned up and self-awareness is ever-present. the album has a bigger sound in general and the dynamics more refined. again crippled black phoenix have used a wide range of instrumentation, including the musical saw (last heard on the 2006 debut album) along with the brass courtesy of paul eros, strings played by sally wragg and double bass by paul booker. we find the usual contributions from electronics wizard mark ophidian and also guest vocals from belinda kordic (of 'killing mood'), giving the album layers of musical intrigue. crippled black phoenix do not fit in to any easily found musical category, instead they blaze their own trail using the influences and knowledge gained over a lifetime of playing and performing.
description from www.roughtrade.com