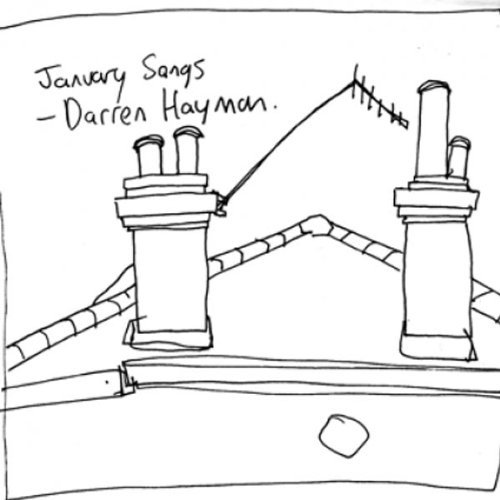 limited to 1500. every single sleeve is hand drawn and presented in a gatefold with printed inners. during january 2011 darren hayman, ex hefner, wrote a song for every day of the month. it was an incredibly frantic period of work. each day not only included the writing of a song, but also its recording and the making of a video, and an online diary. 'even in this age of downloads i can still get frustrated about how long it takes to release records,' says hayman. 'i wanted to make something instantly and, without anytime for editing or revision, release it and make it permanent.' the project became eclectic through necessity. the songs range from glam disco stomps, through folky laments and accapella hymns to jazz backed spoken words. 'i knew some sort of theme would reveal itself gradually through the work,' continues darren, 'and that theme became one of release and escape. lots of the songs are about imginary or longed for havens.' to aid him in his task darren received help from many collaborators; some known, some unknown and some met for the first time during the month. co-writes and collaborations include allo darlin, the wave pictures, terry edwards, ballboy and many more.
description from www.roughtrade.com