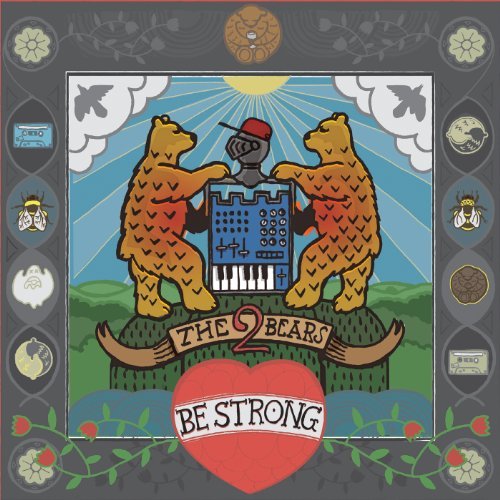 The 2 Bears show no concern for what critical narrative or end of year pantheon they sit in so why should you?»

limited double cd version with a bonus 12 track remix cd featuring mixes from the filthy dukes, st etienne, leo zero, blakkat, youngtee and more. the 2 bears release debut album 'be strong' through southern fried. raf daddy - aka raphael rundell - met joe goddard (taking time out from his day job as one fifth of hot chip) through a party scene that saw them share deck duties at the legendary greco-roman parties. upon venturing into the studio in an attempt to replicate some of the records that they'd lost themselves in the night before, raf found himself laying down vocals over joe's skipping, bassomatic backing tracks safe in the knowledge that they'd soon be replaced by someone with sweeter, more melodious tones. in the end, it was raf's voice that characterized and personalized the 2 bears. their first forays in the studio produced both the sublime and the ridiculous. in the latter camp, mercy time, a frankly berserk re-rub of mercy mercy me. in the former, 'be strong' - a paean to everyone from steely dan to the wu tang clan via the beach boys and the art of noise that's become the symbolic blueprint for the 2 bears sound. it was also arguably the finest house record the capital has produced since london x-press back in 1993. the duo's first two eps - released on one of the most consistently on-the-money labels in dance music, southern fried - charted raf and joe's progress from muck-around-in-the-studio to dj box staple, from the stoned soul cover of sade's 'when am i gonna make a living?' to the joyous sunrise-gospel of 'church'. with minimal effort and maximum respect from their peers, tracks began to be hammered in clubs and on radio by the likes of andrew weatherall, erol alkan, pete tong and annie mac. this summer's 'bear hug' ep cranked things up yet another notch with chris moyles giving the track some early morning airings and elton john and paul mccartney declaring themselves fans.
description from www.roughtrade.com