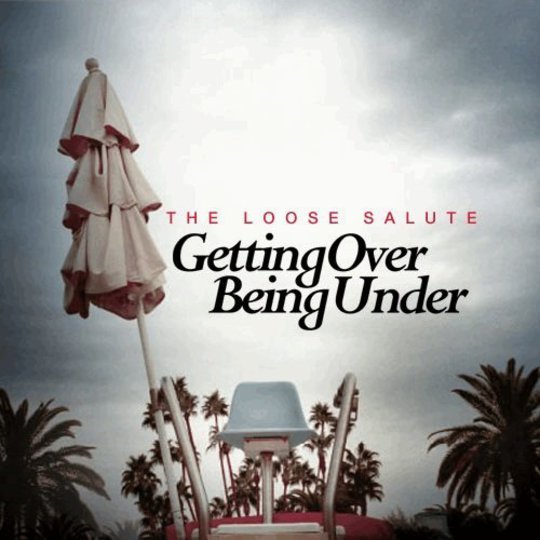 So, what have we here? The Loose Salute you say? Well, what do these new kids on the block have to offer us? Oh. They're not a new band. In fact they're the worst kind of not a new band - they're not a new band made up of people who used to be in footnote bands like Slowdive, Mojave 3 and Chapterhouse. Harsh? Maybe, but according to the Mayans we're all done for by the end of November, so there's no time for manners anymore. Worse still, words like 'folky' and 'Nashville' are mentioned in conjunction with them. And just when you thought that whole waistcoats-from-west-London thing had been banished to Cary Mulligan's bedroom for the time being...

Still, it seems obvious already to me that 2012 is going to get worse before it gets better (well, depending on that whole end of the world gubbins. It could just continue to get worse), so let's soldier on and hope that T'Salute at least provide some fleshy bones to feast upon if they're not going to serve up slivers of sonic scrumptiousness. Turns out this is the fivesome's second album, following 2008's Tuned To Love, which was a mix of West Coast jangle and country twang, something like The Thrills when they were good ('Santa Cruz (You're Not That Far)') and not when they were like Travis on a road trip down Route 66 (nearly everything else they did).

However, Getting Over Being Under largely dispenses with the jangling (which was perhaps inspired by the boogie woogie of the album by former Monkee Michael Nesmith from which the band take their name) in favour of a bleaker, more bittersweet take on the country influences of band's debut. Nowhere is this more evident than on the jaunty yet jittery 'Perhaps She'll Fly', which incorporates ghost train organs, melancholy mariachi brass and a tasty little early-Coral-esque guitar line, followed by a hauntingly blissed-out breakdown. It's a tune fitting for these dark days. By which I mean January, not the forthcoming apocalypse.

The country schtick is laid on a little thick in places though - your appreciation of the likes of 'Hermosa' and 'Happy I Don't Count' may rest on how much pedal steel guitar your palate likes to partake in, although the latter wins a nod for having an outro that brings to mind the intro of Girls Aloud's peerless 'Biology'. That's not to say that ­Getting Over Being Under is all banjos, porches and moonshine though. The fragile 'This Is Love' dispenses with the pretence almost entirely, consisting simply of plucked acoustics, a sweeping cello and the gentle, sighing voices of Ian McCutcheon (the Slowdive and Mojave 3 dude) and Lisa Billson (who previously collaborated with Orbital if you're old enough to remember them. No, me neither cough). The following 'Sister Corita' takes an entirely different tack - while the Americana influences seep back in, it sounds like a cross between the soundtrack to a car chase and Sticky Fingers-era Stones, and has the fire in its belly that's missing elsewhere.

Speaking of ambience, if there's one thing that perhaps prevents tracks like 'The Three Of Us' (which appears to tell the story of some ménage à trois misadventure, although I have a history of reading too much into things like this) and 'It's A Beautiful Thing' (nod awarded for the lyric "here comes new folk / And guess what I'm still broke") is simply that they sound too tidy. Where's the raggedness - the bum notes, the scrape of fingers on strings? It's enough to make you think that Mumford and his sons don't have butlers. However, there's no doubting that upcoming knob twiddler Pritpal Soor gets it spot on with 'That's What You Said'. The album's final track has a warmth and sense of camaraderie to it that makes it far more Armadillo World Headquarters than Bosun's Locker.