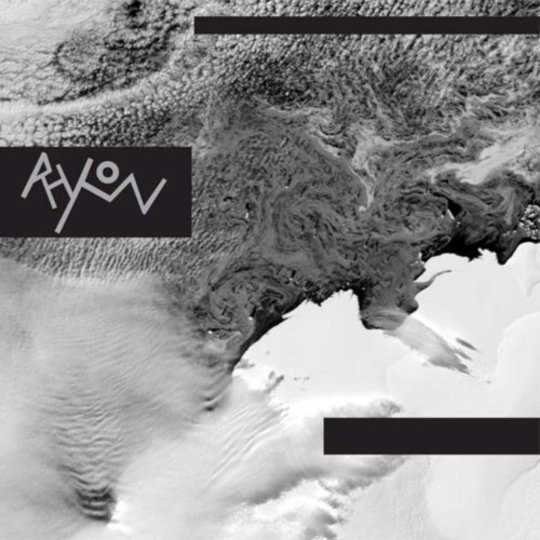 No-Neck Blues Band or Psychic Ills have always seemed like rather hit or miss affaors. Their psychedelic and spectral improvisations have either crawled at a dull pace or alluringly hypnotised. It would be optimistic to place Rhyton - comprised of No Neck’s David Schuford, Ills’ Jimy Seitang and Messages’ Spencer Herbst - in the latter camp but alas, it wasn’t meant to be. Despite being only five tracks long, the David Meagher-mixed Rhyton stands at a lengthy 41 minutes. Centred on trippy improvisations, this is a record which moves whilst going nowhere. And I mean that in a very literal sense.

‘Stone Coloured’ gets Rhyton off to a plodding start. Focusing centrally on a dense, krautrock influenced guitar riff, it seethes with growling screes here and chimes with enveloping harmonics there, but reaches no real purpose as it stifles within its own bland state. ‘Pontian Grave’ follows and where its fuzzy guitar should explode with a beast’s roar, it simmers down to just a kitten’s purr. Elapsing over 12 minutes, less would have certainly been more. And whilst Teké’s cascading motif purposely aims to unnerve and chill, the recycling of its amoeba-like ripples make it the most uneventful track here. To even say it lulls would be an understatement. To say it causes a ‘lol’ would probably be more accurate. The overall effect is alienating, like being bored senseless by the most pointless impromptu jam session.

That’s not to say all Rhyton’s repetition is bad though. ‘Dale Odaliski’ is curiously inviting as its tribal drums beat ritualistically, demonic squeals possessing the track’s every dark abyss. Best listened to through headphones, each tortured moan grows increasingly crazed and the result is supernaturally spine-tingling. Combined with highlight ‘Shank Raids’ – its dirty guitar riff paying homage to Hawkwind – Rhyton ends on the same high note as No Neck’s Qvaris, the latter shaping up similarly to ‘Live Your Myth in Grease’ or ‘Boreal Gluts.’ Both come only after a very arduous half hour where all interest will have been sapped away. It's too late to come as a saving grace for a record that’s trapped within its own grey limbo.