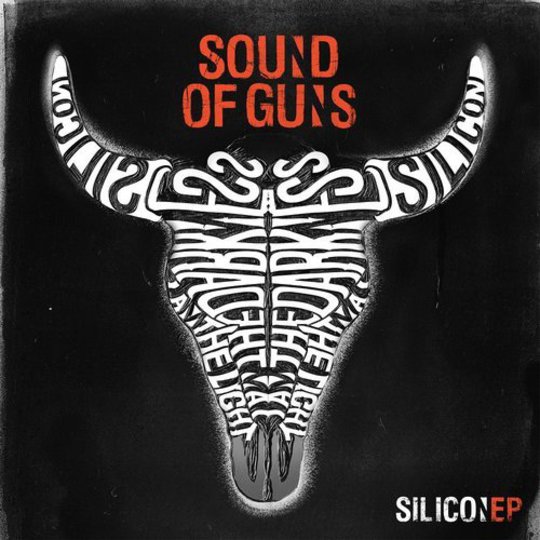 Anyone bearing witness to Sound of Guns’ live show can testify how enthralling they are, their sheer live energy amplified by mop-headed vocalist Andrew Metcalfe’s dangerous stage antics. There’s no forgetting that this is the band who, after a misinterpreted bar conversation about their name, found themselves surrounded by armed police in Wakefield. Seeing them support The View as part of their relentless touring schedule over the last year, it was clear the more energetic band wasn’t the Scots.

If only they were just as beguiling in the studio. Three records in and there’s an undeniable anthemic quality to their songs, but one that doesn’t burn as intensely as the band would hope, simmering with a lack of innovation. You might bracket their first two releases - 2009’s Elementary of Youth and 2010’s What Came From Fire - between a rather bland imitation of early Eighties era U2 and an even flimsier Strokes circa-First Impressions of Earth. As if that wasn’t bad enough, there’s also the whiff of The Courteeners and The Enemy’s second-rate lad rock thrown in.

The Silicon EP comes with an interesting and charitable selling point. Amongst other bundles, and for those of you with £750 to splash about, you too can have the band play a special acoustic set in your front room! However such admirable intentions only provide small distractions from the EP’s pleasantly crafted, yet uninspiring dullness: essentially it’s the auto-piloted stop gap on the slow, trudging journey from their mediocre back catalogue to their next long player.

The title track begins promisingly enough. Several minutes of Boy/October-era U2 homages build to a roaring, grandiose middle- eight, the kind of climax the SOG of What Came From Fire would have probably sold their left legs for. Also included are the rickety demos of ‘Lightspeed’ and ‘106:’ one plonks about with a reverberant antiquity and the other bounces around like the tacky cousin of The Knack’s ‘My Sharona.’ It’s poignant comparing both tracks to their sleek, finished versions and how, with producer Chris Potter’s (U2, The Verve and Blur) stamp, the band developed them both into What Came From Fire’s main highlights.

But scattered around for the most part are rather pedestrian tracks. You may as well forget the Crypt session recordings of ‘Collisions’ and ‘Magnesium Seas,’ both of which will cause massive yawns considering how humdrum their amped up album versions are. During ‘Remember the Empire’ – its introduction rewriting Ozzy’s ‘Crazy Train’ – Metcalfe spits out metaphorical tripe such as: “Like vanishing clocks we’re losing time / Like a bolt of lightning we just won’t strike.” Then there’s ‘Godless Rain’, which is pleasant, but so uneventful and devoid of any spirit, it makes the Vaccines look like the Sex Pistols.

With a couple of decent tunes, Silicon is not entirely a disaster - Sound of Guns deserving a pat on the back for their unquestionable enthusiasm and 'go get ‘em' spirit. That’s not enough compensate for a record that, for the most part, is the one dimensional sound of a band turning the wheel of reinvention backwards. They’ve got the leanings of a half-decent band, but they also need to pull all the stops out too. In the case of Silicon, they haven’t.