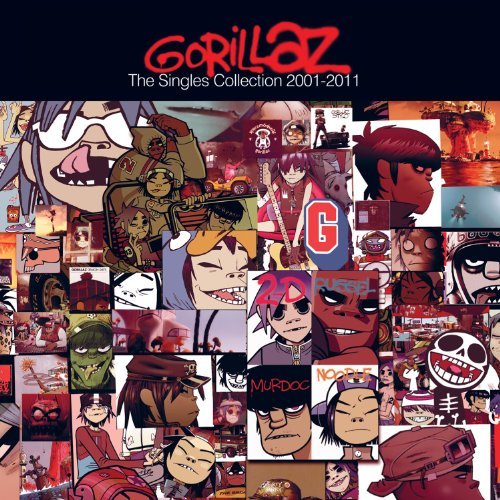 The Singles Collection 2001-2011 proves that at times Albarn touched on a warped pop genius, and to his credit comes out of the project with his reputation as creative wanderer intact, but from the off the constructed barrier meant that there was always little to really love, songs hidden too much behind their glitteringly presented shells.»

gorillaz have confirmed that after constant in-band fighting, several kidnappings, major mental breakdowns, jail sentences, bankruptcy and some really bad outfits, the world's most successful virtual band release a new singles collection of singles, videos and remixes from 2001 to 2011.
description from www.roughtrade.com