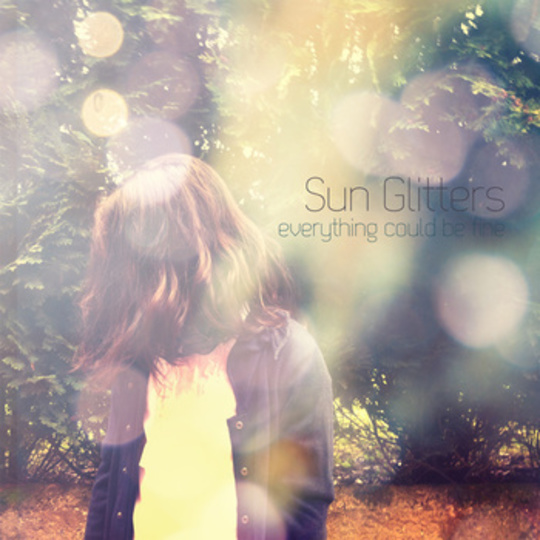 Not content to sit around waiting for the next Burial album to drop, Luxembourg’s Victor Ferreira has taken the initiative and written and recorded it himself. It’s long been observed how waiting for a new LP can make you go a bit bananas - W.W. Clements threatened to flood the world with Dr Pepper if Guns N’ Roses ever got their shit together, and the Boards of Canada message board have been plotting a fan album for years - so Ferreira’s actions aren’t that peculiar, especially when you realise he’s intuitively good at ethereal noises and splintered production. As Sun Glitters, he sells himself as 'an ocean of lush melodies, pitch-shifted vocal samples, ghostly digi-diva choirs and relaxing beatwork combinations,' which in reality means Untrue in shorts. It’s not an inaccurate description, and after self-releasing Everything Could Be Fine this summer he’s been picked up by LebensStrasse Records. They obviously share his love for the noise-gated kick drum Daft Punk perfected and disagree with the bloggers calling him a 'fidgety Gold Panda knock-off'.

Whoever he’s accused of knocking off, there’s no denying Ferreira has found a pleasant niche of his own, even if it is clearly in the basement of someone else’s house. While Burial keeps busy locked in gloominess and releasing £30 singles, the world of Sun Glitters is airy and cool, the warm bass melodies feeling more like sunlight than wafts of London smog. ‘Softly and Slowly’ is the most distinguishable of the six tracks here, using reversed rainforest noises and peaceful mulch to create a 2-step, jungle-tinged pop song. It must be pop because Ferreira uses proper vocals, his singer Robert Boak gently murmuring ”I have no need for such dreams / So softly and slowly / Walk with me and talk to me”. It’s a powerful track; one which could achieve world fame if the Drive sequel requires a theme song, and like the slow drum rips and 8-bit bass of the preceding ‘Feel It’ it gives Sun Glitters an identity, breaking away from Burial’s nocturnal glow.

He’s not out of it long, though, and Ferreira’s assortment of clanking lanterns and chipmunk lyrics soon devolve to familiar territory. Less of a rip-off of Untrue and more its Scrappy Doo-like younger cousin, the careful garage and scratchy bass of Everything... should be considered the sincerest form of flattery to Will Bevan. While Burial himself is more concerned with avoiding groupies, Ferreira shows off a kind of semi-Buddhist attitude, such as on the crunchy ‘Find Your Way (See)’ where he blends bits of piccolo into chipmunk voices/hopping crickets/deliberately inbuilt speaker defects.

‘Too Much To Lose’ makes the fuzziness even happier, its anthemic bass and pads feeling like repeated slugs to the solar plexus. It even incorporates some delicate guitar to show Ferreira can do more than just operate Soundforge and copy time signatures.

Regardless of its most obvious comparison, Everything Could Be Fine should still be of interest to dubstep fans, Belgian backpackers and people who’ve just seen Tintin. There’s a sense of European goofiness running through the record which - although nowhere near as alluring as the drizzle and neon of Clapham South, 3am - is still an entrancing listen. ‘Love Me’ forsakes the helium vocals altogether to show you Luxembourg 3am (achieved by hanging a microphone out of the window of the Brussels Metro). And just to prove he can go it alone Ferreira dices with rave on the swaggering title track; a tip of the hat to all the pills he swallowed before forcing himself ride round on the night bus. Perhaps on his next album he will have looked a little harder and found a uniqueness of his own. Perhaps he already has and this is it - if so, he could do a lot worse than release another 27 minutes of Hyperdub Records as viewed through sea mist.