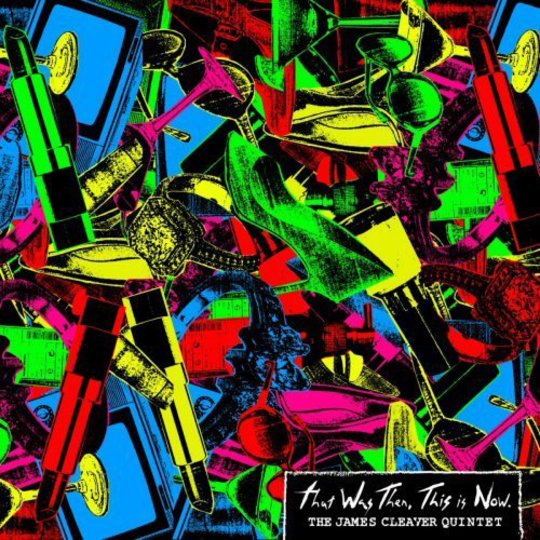 It would be impossible to discuss That Was Then, This Is Now without at least acknowledging the elephant in the room that is the current Lucozade advert. For those of you that haven’t seen it, it features a band rolling down a hill performing a cover of Feeder’s hit song ‘Buck Rogers’. The band in question is The James Cleaver Quintet. This isn’t really the place to delve into the whole argument on whether they should or shouldn’t have done said ad, a subject on which hundreds of words have already been split across message boards everywhere. A better way of looking at it is whether That Was Then, This Is Now justifies the means with which it was achieved. You may think it unfair to mention it, but the spectre of Lucozade looms over every second of this record, like some sort of carbonated, isotonic monster.

It’s obvious from the first listen to That Was Then, This Is Now that The James Cleaver Quintet at the very least got their money’s worth. For a band of such small scale, the production is top notch and undoubtedly far better than they could have achieved had they not got taken the energy drink dollar. Nothing sounds cheap or second rate. Everything is crisp and punchy. At the very least, they've made the record they’ve no doubt always wanted to make. For this they can be proud. Except that by being able to do everything they’ve always wanted to, they’ve not had to strive for anything. They’ve been afforded the opportunity to indulge every single one of their ideas and pursue every creative whim they’ve ever had. Whilst in the past a limited budget meant they would have to concentrate on the songs, the extra luxury has meant that, yes, they can add a bossa nova outro to a song, and why not throw some doorbell in there for good measure? Why have one electro breakdown when you can have three? Trimming the fat would have been beneficial here. Sure, it may not have been as much fun, but it would have given better results.

In terms of lyrics, That Was Then, This Is Now is a psychologist’s wet dream. Looking past the wacky non sequitur song titles (very 2003), every line seems to point at some great epoch in The JCQ’s collective history. On ‘The JCWho?’ singer Jacky Udon (note the wacky stage name) croons in a transatlantic accent “we’ve got nothing left to lose and everything to prove” whilst on ‘Trading Water’ he tells us “Do not let your ambitions sink/rewards will come quicker than you think/stick to your guns every step of the way”. ‘Chicken Shit (For The Soul)’ offers the advice “No-one said it would be easy” and “you can regret when you’re older”. At some point, The JCQ have had to question themselves and decide that, no matter what, and at any cost, they want to be The JCQ. They will do whatever they can to achieve their goal. Their conviction and willingness to do what has to done is admirable. The real shame is that they’ve set their sights pretty low. Musically, That Was Then, This Is Now is a pretty average affair. Odd moments jump out and catch your attention; the odd riff will make you look up and think what was that; the intro to ‘Golfing Pros, Bitches and Hoes’ is really very good, but it’s only 20 seconds of a 50 minute album. Mostly The JCQ spend their time doing a very good impression of a very average Glassjaw.

You can imagine that JCQ set out to do two things with this record: firstly, make the record they’ve always wanted to and secondly, make themselves known as the band that released That Was Then, This Is Now rather than as the band that did the Lucozade advert. Unfortunately for them, it simply amounts to a distinctly average though very nicely produced affair. Sorry boys. Other energy drinks are available.