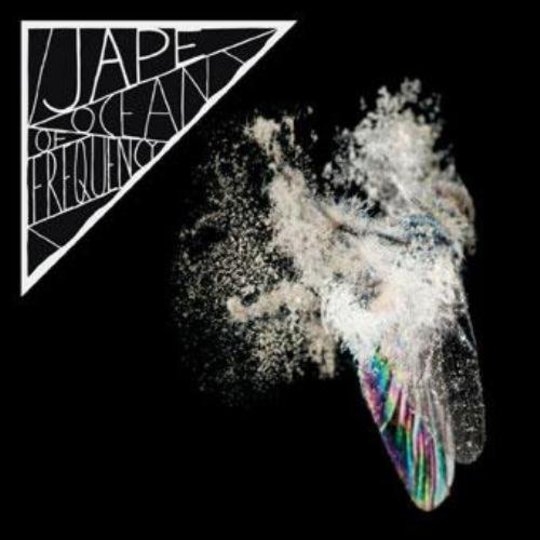 Comparing two artists because of their nationality might seem reductive, but in considering why Jape (the pseudonym of songwriter Richie Egan, now a bona fide four-piece) are virtually unknown outside of their native Ireland, I can't help but think of Conor O'Brien's Villagers, with whom Egan has played bass. O'Brien struck it pretty big (relatively speaking of course) with Villagers' début Becoming a Jackal, bagging a Mercury nod and Q awards nominations. Apart from Villagers being a more conventional singer-songwriter affair and thus an easier sell (not a slight), the fact that Jape remain so comparatively underexposed probably has as much to do with individual circumstance as it does with artistic merit, a matter in which I'd say the two Irishmen are on a par.

Whilst O'Brien had the backing of the venerable Domino for his début, Egan signed to V2 records in 2007 after interest was sparked by, of all things, a Raconteurs cover of Jape's 'Floating' single. Subsequently, however V2 went bust and Jape's 2008 Irish Choice Music Award winning album Ritual found a home at independent label Co-Op.

I'm not knocking smaller independents when I say that given its acclaim in Ireland it seems fair to say that on a bigger label Ritual might well have repeated the trick across the Irish Sea. Of course, this is all speculation, but the one thing I can say for certain is that with Ocean of Frequency Jape have improved upon Ritual in every aspect as Richie Egan the pop aficionado stealthily reveals himself in numerous guises; the hooks of spindly fingerpicked guitar on 'Borrowed Time With Peace' quickly burrow their way into your consciousness along with the Fleet Foxes-esque harmonies. They're a soothing accompaniment to Egan's ruminations on growing old gracefully, whilst also providing an yelp of communal ecstasy as he hails the beauty in being able to “To hear a melody, to pull a song right from the air”.

'The Oldest Mind' and following track 'Too Many People' are both more electronic, but the former is languid and deep whilst the latter is sleek and danceable. The former track in particular expertly combines the hazily welcoming marriage of fathomless synth bass, overlapping synth waves and delicate acoustic plucking before the Balearic ambience is interrupted by the kick of urgent drums and briskly strummed downstrokes. 'Too Many People' is a down-tempo dancefloor number with just enough of a throbbing synth pulse to suggest a willingness to go with beat despite the jaded melancholy reflected through the shimmering disco chorus and Egan's complaint “There's too many people, there's too many eyes”. If the songs mentioned so far represent the stylistic polar opposites through which the subtle details of Jape's pop-craft shines, then nothing is more out-and-out pop as first song proper 'Please Don't Turn the Record Off' (after the spacey intro of the grammatically dodgy 'An Hallucination'). The jubilantly buoyant squelch of the bass and crude snap of the pugilistic drum machine beat suggest skipping ropes and leg warmers, although it's the “uh-oh” vocals and Egan's quivering plea of the songtitle that provide the hooks, the song's clumsiness being the source of its charm whereas the strength of the record on the whole lies in its subtler shades.

Ocean of Frequency maintains this fine line between modern pop craft and moodier shades; 'Scorpio' is what Empire of the Sun would sound like if Luke Steele used his creative flair more as opposed to just his aesthetic flamboyance. Depending on where you suspect Jape's influences lie the muted chugging guitars and analog synth burbling of 'You Make The Love' are an infectious pastiche of either Grandaddy or E.L.O. 'Its Shadow Won't Make Noise', on the other hand, is a haunting beauty of a folk ballad which demonstrates the sympathetic production job as the backing vocals wail like the ghostly residents of an abandoned house with the mellifluous guitars emanating from a nearby room. It's not a perfect record by any means, however, 'Internal Machine' is a disjointed combination of trip-hop menace and day-glo pop while 'One of Those Days That Just Feels So Long' is a pedestrian plod, both tracks displaying a characteristic self-indulgence which might test the resolve of less patient listener on some of Ocean of Frequency more subversive songs, such as pre-chorus detour on the the title track. Nonetheless, if you're looking for music that's emotionally engaging, texturally lush, loaded with detail, adventurous in spirit and melodically rich, then Jape are worthy of your time. They've earned it.