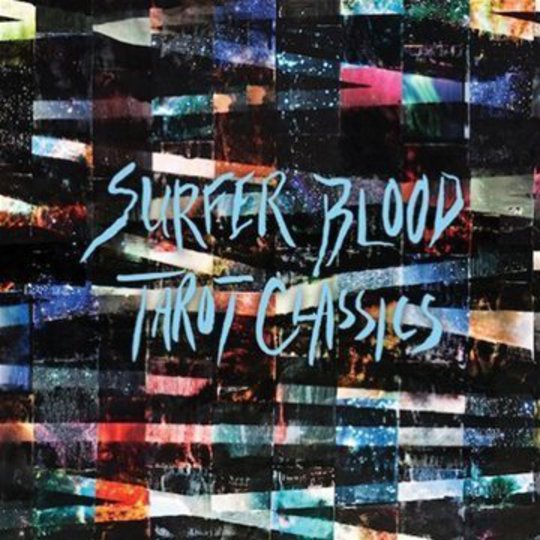 It would be going too far to suggest that Astro Coast, Surfer Blood’s debut album, was in a league of its own. Surfer Blood were just one of many bands who joined the Drums-led charge of bright and breezy guitar-pop, who coasted into town towards the end of 2009 for a brief holiday romance in the summer of 2010. But just because Surfer Blood weren’t the only ones bringing Beach Boys-style harmonies and sweet, simple hooks back into fashion, doesn’t mean they didn’t do these things better than most. Astro Coast was, quite simply, a cut above the rest. Tracks like ‘Floating Vibes’ shone with an unrivalled immediacy, and were woven neatly into the narrative of a record that evoked, with crystalline clarity, an idealised belief in being young and not having to worry about much more than getting stoned and falling in love. But like all of the summers that Astro Coast seemed to sum up, Surfer Blood’s party had to end. Now it’s time for the Floridian four-piece to grow up, or risk spending the rest of their career trying to make another album about being young that doesn’t sound totally inauthentic. On the evidence of Tarot Classics, Surfer Blood have grown up. The EP opener, ‘I’m Not Ready’ proves from the start that the band have shrugged off their slacker traits. A two-part guitar melody nestles neatly into the groove of JP Pitts’ increasingly nuanced vocals. The frontman’s voice darts between strained grunts and breathy whispers, and has an added tunefulness that makes this a well-composed and satisfyingly catchy composition. The track is light and cheery, and therefore in the spirit of Astro Coast, but the songwriting seems all the more thorough. It’s a little more traditional too, but with a resounding unconventionality in the way jagged crunches of guitar preface a coda of pure surf-pop.

Surfer Blood become more playful on ‘Miranda’, which could easily be a grungier take on a post-Pinkerton Weezer album track. Power chords bounce all over this one, embellished with grade one guitar solos and a lazily lovely vocal hook that cleverly comes across as half-aware of its own over-familiarity. The track doesn’t show the same level of maturity as ‘I’m Not Ready’ perhaps, but it’ll have you bouncing around your bedroom all the same.

Tarot Classics takes a gloomier turn with ‘Voyager Reprise’, a painstaking, heartfelt ballad built around thick piano chords, soaked in romance, and a cautiously hopeful bass pulse. Cute rhyming couplets and a nerdy synth solo break through the song’s darkness, and it’s these subtle shifts in mood that make the music feel shaken, but safe and warm, like a big, tearful hug. Closer ‘Drinking Problem’ isn’t as comforting, as a lonely keyboard plays out in the distance, under Pitts’ despondent vocals. It’s a surprisingly bleak track, built around a hauntingly plain bass part, and the EP’s least exciting moment, but it at least goes to show how eager Surfer Blood are to experiment and develop musically.

What makes Tarot Classics different from Astro Coast then, is its variety. While the album was a solid and inherently likeable set of variations on a theme, each song here has its own unique characteristics, its own personality. Fundamentally, this EP is the sound of a very good band becoming a great band.