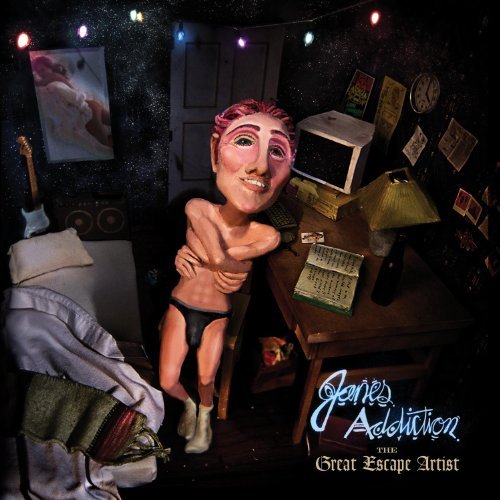 Like Strays, this is fairly middle-of-the-road material, this time dressed up with the odd synth here and there.»

jane's addiction release their fourth studio album 'the great escape artist'. spun through a kaleidoscope of tightly wound riffs, hypnotic harmonies, booming beats, and an unmistakable howl, the record announces the beginning of the next chapter for the alternative rock torchbearers. writing began in 2010 and by early 2011 the band entered a los angeles studio with producer rich costey, who introduced perry farrell, dave navarro and stephen perkins to tv on the radio's dave sitek with the hopes of getting him involved somehow. after a couple of lab sessions, the chemistry was obvious. sitek stepped into the role of songwriter and bass player for the album with navarro, and touring bassist chris chaney, also sharing four-string duties.
sitek helped the band evolve their alchemy, expanding the sound even more. farrell described sitek's distillation of electronic textures, bombastic rock, and crazed punk to rolling stone magazine declaring, "he's like a scientist, and he's not afraid of making a monster.
description from www.roughtrade.com