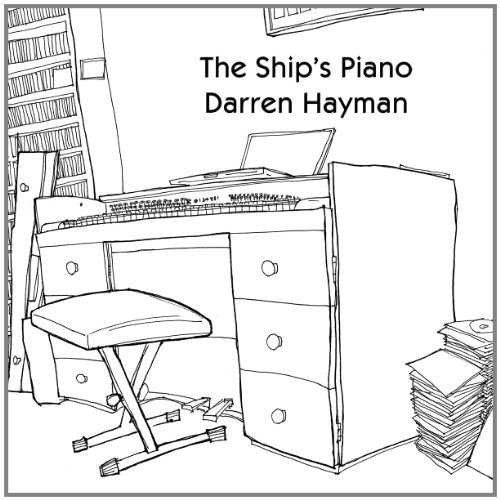 Darren Hayman is regardless a master of simultaneously writing powerfully and underwhelmingly.»

best known as the singer-songwriter of the phenomenally successful and much-loved hefner, darren hayman is now six albums into an increasingly idiosyncratic career path; writing the theme tune and staring in a spanish sitcom, playing a 30 people capacity show in a 100 year old paper mache observatory and playing possibly britiain's most remote festival on the isle of eigg. darren is also writing the best tunes of his career; increasingly complex and mature songs. following his january songs project darren continues one of his busiest years with a brand new solo album of subtle, drifting piano ballads called 'the ship's piano.' more info about 'the ship's piano' in darren hayman's own words: 'in november 2009, i had this thing happen to me, where i ended up in hospital with a fractured skull. for a few months i felt constantly dizzy and was diagnosed with some deafness in one ear. sharp, loud noises bothered me greatly. i was told to rest and do nothing; but who knows how to do that? music always helps when i'm ill, so i started to make the simplest, quietest music to help me recuperate. i tried to make the music that i wanted to hear, which is perhaps what we should always do, but in this case there was a direct therapeutic need. i avoided any jagged edges. i kept imagining the sounds i wanted as round and smooth, like well-worn pebbles. lyrically, i also found myself eschewing conceptual and metaphoric character-led songs. i started to write the simplest and most direct words in the first person, something i have avoided for a few years. if you are a songwriter and something bad happens to you, people say, 'you can write a song about it at least.'
description from www.roughtrade.com