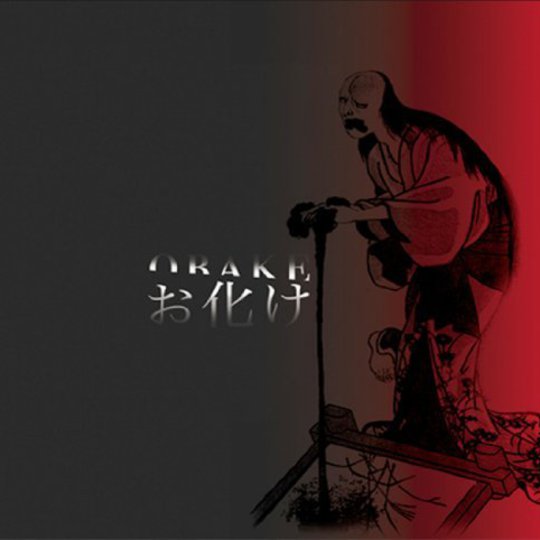 Obake - from what a brief stint of Wikipedia-ing can tell me - are ghost/spirit-like creatures belonging to Japanese mythology. Their main attribute is being able to change shape or transform at will; to morph, twist, and adapt as a situation or emotion dictates. Even upon reading this admittedly basic, quick-capsule description of such a complicated entity, you can understand why it was the moniker of choice for these Italian behemoths.

Not many debut albums can grip you in two seconds, but the pulverising opening gut-punch of ‘Human Genome Project’ does this without flinching, plunging you into a realm of painfully slow yet crushingly groovy riffs. It’s all hammered out with the utmost intensity yet never feels frustrating or uncomfortable to listen to, no matter how similar it might actually sound to what we might hear if we imagined the planet crumbling to dust and imploding in on itself under their weight of Massimo Pupillo (also of much-lauded experimenters, Zu) and his bowel-rupturing bass tone.

Vocalist Lorenzo Esposito Fornasari’s haggard inward howl is terrifying throughout and provides a consistently ominous undertone to the often full-on rhythmic destruction of bass, guitar and drums, while samples and electronic textures together jettison any sterile ideas of what a ‘doom’ record must be in the modern day into the metaphorical ashes of some distant demon-plagued galaxy, with periods of prolonged fuzz and headbang-friendly riffs often descending into sparse, open ended-flurries of unsettling and deceptive ambience.

Like their name dictates, the musical journey mapped out by the band’s debut undergoes multiple points of transformation and reconstruction. For example, the succeeding ‘Dog Star Ritual’ and ‘The End of It All’, deal in heavy-handed ear abuse, while permeating their gargantuan blows with slowly unfolding, spaced-out soundscapes.

As the volume decreases, this does nothing to dent the impact of these uncompromisingly intense musings on the age-old stoner, bass-heavy template. However, as they flesh out, they drift further into more subdued, experimental bouts of noise and by the time you hit ‘Szechenyi’ and the following 'Letters to Ghosts', you’re fully immersed in what could easily be a completely different record if listened to out of sync but the changes are so carefully mapped out that nothing ever feels sudden or unexpected, instead, it sounds thought out and brutally intentional.

The latter half of the album continues to knot together multiple musical facets; elements of noise, drone, electronica, and cataclysmic metal to breathtaking and enormously enjoyable effect. 'The Omega Point' tests the capacity for electronic dirge, at times sounding like the next evolutionary step in industrial, while 'Destruction of The Tower' is a black pillar of carnage, bolstered by suitably haunting and otherworldly chants.

In short, Obake is a refreshingly diverse piece of work that plays on the hallmarks of slow and sludgy heaviness attributed to ‘doom’ or ‘stoner rock’, but raises the bar in terms of experimentation and integration of different styles to illicit similar effects of devastation, destruction, fear and ruthless headbanging. It’s an album you can trash your room to then spend seven stoned minutes of ball-tripping ambience contemplating what you’ve just done.