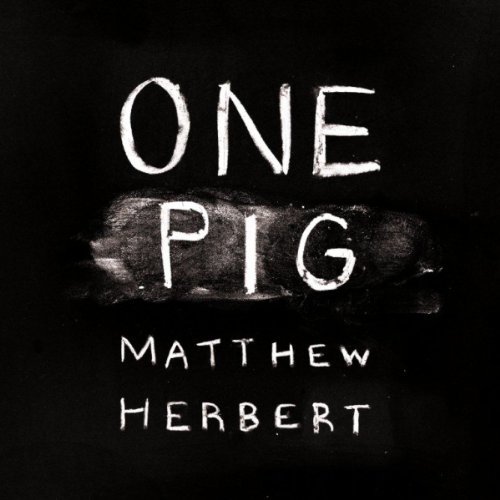 With a lesser musician it could have ended up as a big pile of wank, but as it stands One Pig is a fascinating journey from someone at the top of his craft.»

matthew herbert unveils his eagerly awaited 'one pig': an album made from recordings taken during the birth, life, butchery and consumption of a single pig, reared for meat at a farm in england. some three years in the making, it's the final part in the artist's one trilogy, which began with unadorned singer / songwriter album 'one one', and continued with 'one club', which was composed entirely from field recordings made at the robert-johnson techno club in frankfurt. the album 'aims to listen in on a single farm animal's life in the context of an otherwise-anonymous food chain.'
description from www.roughtrade.com