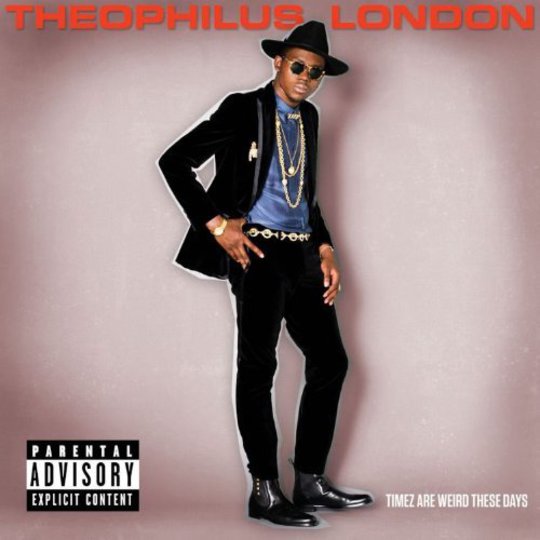 Back in September 2008, the British author and former MI6 agent John Le Carré wrote an article entitled ‘The Madness of Spies’ for The New Yorker. He described working for the British intelligence agency during the Cold War as surprisingly banal work, so lacking in adventure that spies would create their own imaginary missions just to stave off the incredible boredom that the job brought about. He talks of an ostensibly perilous covert operation with an older intelligence officer, only to discover that the mission was the officer’s own work of fiction.

This kind of fictionalised dangerous glamour, the delusion of anonymous powerful figures with murky agendas trying to put a bullet in your back is a nice allegory for the world of mainstream hip-hop. It is a similarly tenuous grasp on reality in their work that has sold the likes of Jay-Z and Kanye West so many records to critical acclaim. It’s certainly music that’s meant to entertain rather than invite empathy; more Arnie than Woody Allen.

Brooklynite Theophilus London is not one for such delusions of grandeur. With his debut album Timez are Weird These Days he introduces himself as a voice of the people, yeah? “This here’s my destiny” is the bold opening line to the album, on a track that reminds you “Last name: London; first name Theophilus, Theophilus, Theophilus” ad fucking nauseum (I’ve looked this up: amazingly, it really is). Not for him is the world of guns, drug runs and shitting diamonds; instead he’s here to talk about girls who “discovered the light, she got naked on Skype” and tell them “they can get of my Herbie Hancock”. It may well be that I’m being churlish here, and that this is what life is like in middle class New York... although that makes me wonder why he’s bothering with Skype.

Thematically there’s some evidence of evolution throughout the record, with final track ‘I Stand Alone’ almost tender with its shipping off to war allegory as London talks to a lover: “I put all my fears to all these years swept away to know/And know I run this town to be near you”. Having said that, this is preceded by a song entitled ‘Girls Girls $’, so let’s not give him too much credit for subtlety.

The influence of TV on the Radio’s ubiquitous super producer Dave Sitek is prominent here. London made a guest appearance last year on Sitek’s Maximum Balloon project, and there are sonic similarities between the two albums: Holly Miranda appears on both; on ‘Why Even Try’ Sara Quinn does a passable impression of long-term Sitek collaborator Katrina Ford, and Sitek turns up himself to provide instrumentation and production on a couple of tracks. Meanwhile the album’s highlight is ‘One Last Time’, where computerised vocals are juxtaposed nicely with the title to echo if not emulate Daft Punk at their finest.

The problem here is that when your lyrics carry the faint air of ridiculousness as Theophilus London’s do, then you do look for something interesting in the music to capture the imagination, and that’s disappointingly lacking here. The way London transcends genres and creates a blend between hip-hop and post-rock is certainly commendable, but there’s nothing here that we haven’t heard from TV on the Radio to save this album from sounding just a little bit silly.