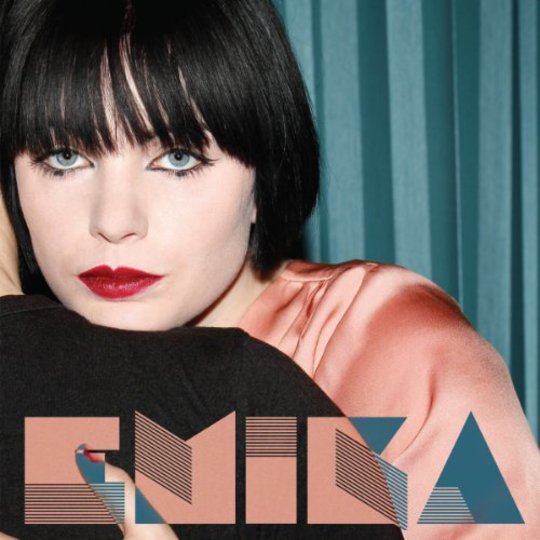 Watching the music video for Emika’s debut single ‘Drop the Other’, it was clear that there was something special about Ninja Tune’s latest signee. Released early in 2010 the song is at once dark and playful, with its delicate female vocal sounding over a humming bass line and sinister piano. Emika features in the song’s video but her image is obscured, appearing only as a flickering picture on a grainy television set. This teasing three and a half minute introduction may only have been brief, but I found myself desperate to hear more from this mysterious and alluring new voice.

Fast forward a few months and a new video is released for second single ‘Double Edge’. The song has much the same impact as the last; the effective combination of piano and bass returning to evoke similarly mixed feelings of vulnerability and underlying menace. This time, however, the video reveals a little more. Framed from the shoulders up, a black-lipsticked Emika performs the song directly to the camera, albeit shot through a blurry almost CCTV styled lense. While this eerie clip doesn’t exactly reveal anything more about Emika the artist, her gradual emergence into the foreground has been fascinating to watch as she prepared for the release of this, her self-titled debut.

With Emika, then, the hiding is over, her close-up appearing clearly on the cover of this varied and impressive 12 song record. Over the course of the album’s 45 minute run length we can trace Emika’s broad influences, from the techno of Berlin where she has lived since 2006, to the Bristol sub bass that she stumbled upon as a 17 year old. Both of these cities, famed for the moodier side of electronic music, have unmistakably had a huge impact on the record. Emika’s successful merging of techno and dubstep though, can only be credited to her great understanding and enthusiasm for both. Coming from a background as a sound engineer, too, the album has a remarkable sonic balance, creating a tense, claustrophobic atmosphere that lasts from beginning to end. This anxiousness is mirrored in the lyrics, as opener ‘3 Hours’ sets the tone with its striking, violent refrain, “Hit me where you wanna I’ll take the blame / hit me and I guarantee you’ll feel the same / hit me if you think that it will help the pain / hit me, hit me, hit me, hit me anyway.”

The record’s intensity might indeed prove too much for some listeners, offering very few cracks of light amongst its shadowy, industrial exterior. In fact, it’s the aforementioned ‘Drop the Other’ and ‘Double Edge’ that prove to be the brightest moments, embracing pop structures that only appear fleetingly elsewhere. It’s not until closing track ‘Credit Theme’ though, that Emika eventually relieves the pressure; a sombre instrumental piano piece replicating the calm after the storm of a strong cinematic climax. As the tension begins to loosen, this parting gesture provides the perfect ending to a very accomplished debut.