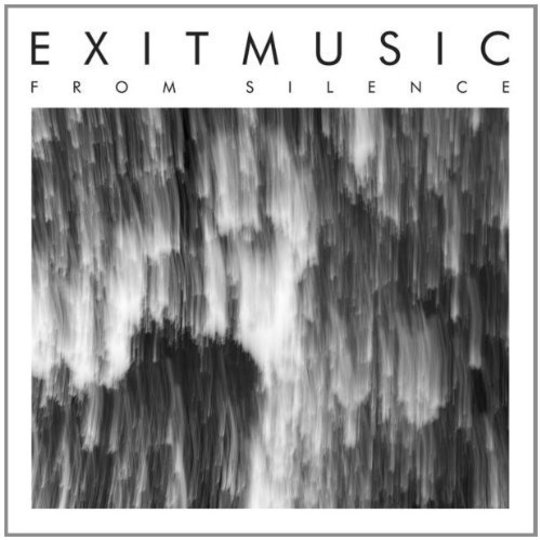 For every saccharine boy-girl duo Tennis, Slow Club or Summer Camp out there, there’s always an angrier Blood Red Shoes. Exitmusic – made up of Brooklyn’s Aleksa Palladino and Devon Church – could be mistaken for a duo in the former camp: they married just as their first EP Decline of the West was released. Their songs are more sinister than sweet though; From Silence is the sound of a band fluctuating from the gradual Massive Attack like tensions of Decline of the West to a more Esben and the Witch-like destructive din. Screeching feedback haunts every corner of this EP whilst the addition of two new members, (drummer Dru Prentiss and electronic musician Nicholas Shelestak) add noticeably more dense and noisy layers.

Opener ‘The Sea’ flourishes like Coldplay’s ‘Fix You,’ glimmering synths and atmospheric chimes dissipating into crashing guitars and apocalyptic percussions, led by a storm of banshee like wails. There’s a real sense of doom, like Exitmusic were soundtracking the end of the world. Equally as raucous, ‘The Modern Age’ opens like Bowie’s ‘Space Oddity’ as Palladino’s distraught moans reach the same register as Marina Diamandis (aka her from Marina and the Diamonds) whilst she cries: “Oooooooh, ooh, ooh / run from the modern age.” Moving away from all the chaos, ‘The Hours’ opts for lulling pads, weaving guitars and resonating vocals.

Unfortunately, said reverb is the main downfall of Palladino’s voice; distanced by over echoed effects, its inaudibility eventually leaves it nothing more than a backing harmony. Then there’s the feeling Exitmusic only have one song structure; slow builds to deafening climaxes and repeat. If each track were released as a standalone single, then there might be more positivity here. Instead it becomes rather average and by the second song and further, all the surprise and excitement has been taken out by of the record’s predictability. As limp closer ‘The Silence’ arrives, it becomes a victim to the irony of its own name. Whilst it is obvious that Exitmusic are trying to aim for a new M.O, there’s not enough substance to keep it interesting.

Such negative points transform what should be an interesting EP into a generic and ignorable record. From Silence is quite a drab affair. From Silence, although marking new territory for the band, is too afraid to step further into significantly interesting areas. From Silence will no doubt bore you by the second and third track. From Silence really is as copy and paste as this conclusion.