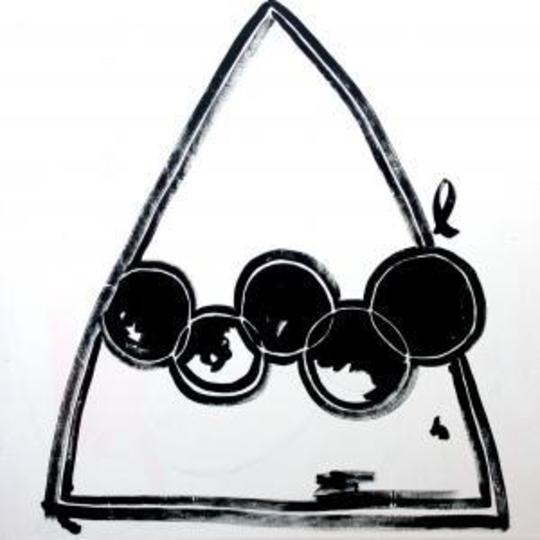 Finland is not historically known for its fondness of krautrock, even less so in producing bands who purvey the component elements in their music. The emergence of K-X-P and now Siinai's first full-length release, Olympic Games, means that there will be at least two exceptions, however.

The album's title is important, as it points toward the tricky, shifting concept of the concept itself. Throw in any kind of synthesiser and a slow-paced dynamic build-up and the mind is drawn instantly to Chariots Of Fire; that is a somewhat crude reference to Siinai's eight-track work, though Vangelis is obviously cited. Still, the individual titles are evocative and clear in what they try to convey – 'Marathon', 'Mt. Olympos', 'Finish Line', 'Munich 1972' and 'Victory', to take a few. The order also suggests that the album is not linear in its journey, however, with 'Victory' coming before 'Finish Line'.

The vastness of Olympic Games should be marked as a positive. Although lengthy, meandering passages can have some disengaging mentally, the textural density and structure leaves the possibility an unlikely event. Peaks and troughs are what we need and peaks and troughs are what we get – in each cut and overall. The predominant feeling early on is one of serenity patched with euphoria amidst frequent but not dramatic changes of pace, yet that all breaks for discordance and a more concerted speed on 'Munich 1972', for reasons relevant to the subject matter.

Any form of competition brings a range of emotions and, although there are no explicit lyrics and just a few choral vocalisations in the entire record, a variety of feelings are rendered throughout. Triumphalism is a perhaps rare form in this type of music, but it is one that is approached, albeit delicately to begin with. 'Victory' is where it is first truly felt, incrementally, before it all pours out, fanfare atop fanfare, seven minutes into the track's eight-and-a-half minutes. That triumphalism makes way for the plodding, heavy-legged and darkened 'Olympic Flame' which inhabits a cinematic spot somewhere between a John Carpenter movie and a dramatic pre-end sequence, right before the picture's pay-off.

Disappointingly and surprisingly, the record ends abruptly, without warning and with no great build-up – unless you count everything which came before, which you probably should if it is to be judged as an entire piece. Just like their countrymen K-X-P, Siinai have produced a sprawling, debut which is as rich in its influences as it is in its sonic make-up. It is by no means an instant record – unless you happen to find yourself amongst some dynamic scenery or situation – but what it does is unravel, slowly and surely.