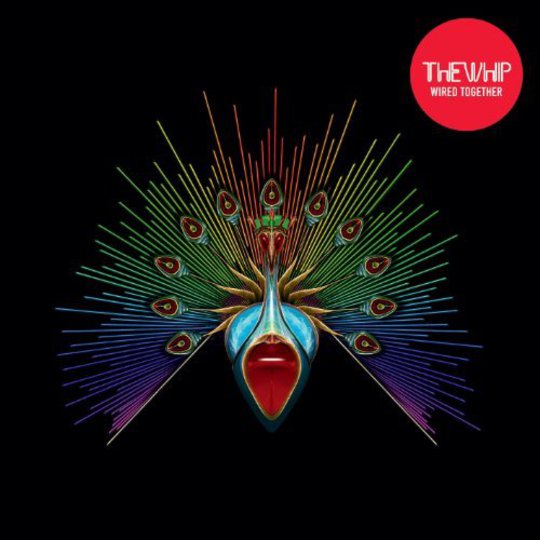 A couple of years ago I used The Whip as my exemplar for a short piece about how even the most dowdy of contemporary B-list acts is considerably better than Shed Seven. So, um, I must have liked their first album a little bit. They’re back with the follow-up. I like this one a little bit, too. True to the promise of the blurb, they’ve shifted their lumpy dance-rock several degrees towards the pop end of the dial and brought the keyboards to the fore, all of which sounded reasonably encouraging on paper. And for all its faults, Wired Together is undoubtedly a stronger record than their debut. But.

The problem facing a writer, or a group of writers, wanting to make a pop album is that somewhere along the line somebody has to come up with some, like, pop songs. Not necessarily a whole album’s worth – five or six will do the trick, you can fill the rest up with some other stuff if you’re running out of steam. But if your writing lacks that pop nous - and all it takes is a killer lyric here, a perfect chord change there – you can spend the rest of your life layering up keyboard parts and you still won’t have a pop album. Unfortunately for The Whip, this is the position in which they find themselves here.

Ironically, Wired Together works best in its second half, where – with one exception we’ll come to in a minute – they’ve stuck the pieces they presumably consider the weaker. After the relentless trying-too-hard of the first five numbers (particularly the awful ‘Intensity’, which would like to be a shower of MDMA fairydust in an Ibiza nightclub but is more like one beer too many in a bar in Benidorm) the one-chord 303 squiggles of ‘Riot’ are like getting out of a cold shower, and ‘Metal Law’ isn’t bad either, if a mechanised 'funk' workout is your idea of a good time, while ‘Master Of Ceremonies’ could almost, if you squint reeeeally hard – look, I’m trying here – be the work of the early Underworld. The latter track is also notable, amid an album of terrible lyrics, for including the immortal couplet ”Kick start my engine / My arpeggiator climbs”. Hold on there girls, Mr The Whip is on his way for a night of engorged passion.

So, the exception. In comparison to what’s gone before, the closing ‘Slow Down’ is like fucking ‘Heart Of Glass’ and ‘Dancing Queen’ rolled into one. True, it neither sounds like nor is one hundredth as good as either of those things. In fact, it’s so heavily indebted to New Order’s ‘Temptation’ that you suspect The Whip might take turns on Saturdays to go round Bernard Sumner’s and wash his Merc for him. But as a piece of pop writing it’s sufficiently good to make you wonder if it’s the work of the same band. It’s not enough, though. In current dance-rock terms, The Whip are at best a Steps to Hadouken!’s Spice Girls. As in: too many cheesy keyboard presets, no engagement with contemporary 'urban' forms, no distinct personality, one half-decent song, a facsimile of a thing as opposed to the thing itself.