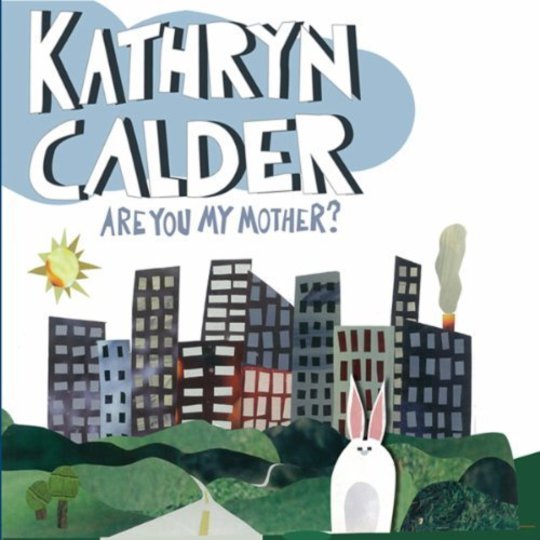 Given the 'supergroup' nature of the mothership, it was only a matter of time before youngest and least ginger New Pornographer Kathryn Calder became a solo act in her own right. And with Are You My Mother? she’s arrived in style. The album was written over a two year period during which Calder was caring for her terminally ill mother, and the themes of transience and loss recur throughout. But this is no wallow, no emotive funeral peroration. In its breezier moments (‘Castor and Pollux’, ‘A Day Long Past Its Prime’) it’s positively celebratory in tone. Yet it’s not so much a celebration of Lynn Calder’s life as of mother and daughter’s journey towards acceptance of the transience and the loss. It addresses its subject matter – and, for most of us, losing one’s mother will be one of the most awful, yet inevitable, things that happens to us – in a way that’s never mawkish and maudlin. It’s a big record, not in its sound (more of which later) but in its heart, and it resonates with a wisdom beyond Calder’s years. It’s a thing of great beauty.

I fucking adore the New Pornographers. Well, their first three albums, spanning the period when 'indie' was slowly digging itself out of the Nineties hole, are among my favourite records ever, and four years down the line I’m finally coming to terms with the more calculated-seeming Challengers, although I doubt I’ll be saying the same of the patchy Together in 2014. So I was perfectly happy to find Calder unafraid to borrow from her alma mater’s box of tricks when the occasion demanded it (the “ooh-ooh-ooh” bit on ‘Slip Away’ is chronologically the first and musically the most obvious example of this, but there are others). For all the weightiness of its subject and understatement of its musical approach (more of which later) Are You My Mother? is a pop record stuffed full of good tunes. And if there’s one truth almost as fundamental as the one about how we’re all going to have everything we love taken away from us and cease to exist so we’d better get used to the idea and put a brave face on it, it’s that you cannot beat a good tune.

Fittingly, the album was recorded in Calder’s mother’s living room, so – although a consummate job on the part of co-producer Colin Stewart – it carries about it something of the air of the home recording. This is always to its credit. The fuller, more uptempo tracks never veer even slightly towards bombast (the drums sound like somebody playing a drum kit, which is rarer than you might think) and the sparser, slower numbers have an intimacy and (spatial) immediacy that a studio production almost always lacks, for example in the 'found' percussion sounds or the way the piano on ‘Low’ has been treated – or just left? – to sound like it’s coming out from blown speakers. But neither is it 'lo-fi’s cop-out lionisation of smallness and scrappiness.

I’m reminded of Lindsay Buckingham’s production of his own songs on Fleetwood Mac’s masterpiece Tusk, and there’s not much higher praise than that. So it’s an album about death that reminds us what a joyous thing it is to be alive and to love and have loved, and it’s a (fairly) minimal home recording that functions perfectly well as great pop music. And, the special Case of Neko aside, it pisses from a great height over anything any other New Pornographer has offered up as a solo entity.