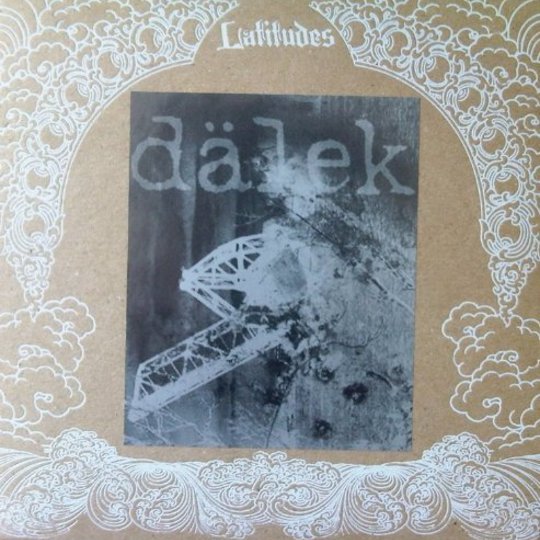 Dälek are undoubtedly a tough nut to crack. Even for someone with a much more than a passing interest in hip hop, their style is such a broad amalgamation that it invites the most unexpected comparisons. This is evidenced by the group's original home at Ipecac Recordings, founded in the late Nineties by Mike Patton and Greg Werckman to release the first Fantômas record. With past labelmates like Isis, the Melvins and kid606, you'd hardly expect them to unleash a blunted beat tape of funky, laid back summer vibes, or a foray into fashionable wonky abstraction.

Originally a trio comprised of MC dälek, the Oktopus and Still, the group slimmed down their operation in 2005 after parting ways with the latter. This untitled, single-track release was recorded in 2005 at Southern Studios in London between the release of Absence and Abandoned Language, presumably just after the aforementioned split from turntablist Still. As you may imagine, it requires a little concentration, much like most of their back catalogue.

It is a sombre affair, punctuated with crackles of radio static and twangs of discordant acoustic guitar that hark back to the apocalyptic drone interludes of Godspeed You! Black Emperor. MC dälek has the lofty verbosity of Saul Williams, delivering line after rhetorical line as he muses "Are we actors or scholars / Winos or warriors?", accompanied by a low, pitch-shifted mirror image of his vocals. The preceding minutes see his words removed from their speaker, twisted, inverted and returned as something entirely new, near-indecipherable and slightly unnerving, soon reincarnated with a background of growling feedback.

Despite what its creators might claim, most people would not consider this hip hop. There are occasional forays into distorted, muffled breakbeats and heavily affected tabla, but all in all these elements do not constitute a discernible rhythmic backbone. Instead, fans of Sunn 0))) will find something to revel in, although the constant background noise can become an earsore, to the point that the brain yearns for a glimpse of blank canvas, of relative silence that brings contrast and relief.

A little over halfway through this 45-minute journey, this cacophony of held notes supplanted by a lonely piano playing a single note, a welcome relief indeed but only briefly pondered. This gives way to a driving beat rooted in expansive rocky guitar and more radio speak, this time more reminiscent of Cannibal Ox or El-P's collaborations with Trent Reznor than GY!BE. But as quiet descends and another verse is delivered, MC dälek does not attack with the venom of these comparable acts, instead sounding haunted and subdued. Once again my mind is drawn towards comparisons with Saul Williams - the ponderous, wordy writing and the calm poetic delivery.

I suspect this archived recording will be better appreciated by existing fans than newcomers, but it should nonetheless be challenging and intriguing enough to bring in fans of dark drone, metal and ambient.