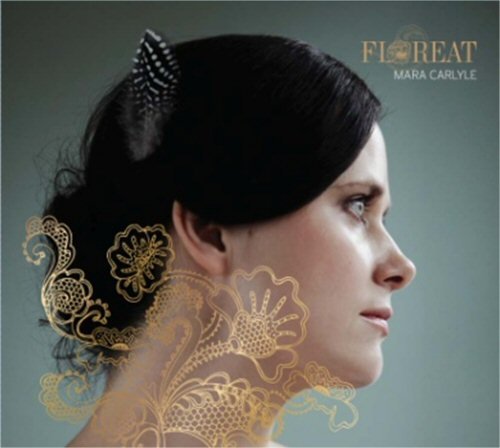 A more than respectable artefact, seven year gap or otherwise.»

rough trade are incredibly pleased to have helped mara (in a small way) to get this album, her second, finally released, a full 7 years after her critically acclaimed debut 'the lovely'. recorded for emi and scheduled for release in 2008, it fell victim to the maelstrom that ensued following terra firma's takeover of the label, and was then ensnared in agonising and incapacitating legal treacle. aptly named 'floreat' (which means 'let it flourish' or 'let her bloom') this follow-up to her plaid-produced debut (on matthew herbert's accidental label) sees her beautiful and unusual mixture of musical magpie-ism go widescreen, including contributions from the royal philharmonic orchestra, an experience which mara describes as "somewhere close to my wildest dreams". produced with dan carey (hot chip, the kills, la roux) and written and arranged by mara, the album runs the gamut of musical history in the fashion we've come to expect of her, from 16th century secular madrigals all the way to modern urban pop, via the fictitious concept of elizabethan ska. sampling and reworking classical and contemporary pieces into her songs of "love n hate, and love gone strange", she creates a mosaic of iridescent beauty and charm that sounds peculiarly timeless, single-handedly dislodging the stake from the heart of the torch song with her flirtatious, soulful vocals. and what's more, c4 newsreader jon snow chose a track for one of his desert island discs! the rough trade exclusive bonus cd was recorded live at the chapel of st barnabas, and also has the added attraction of a duet with willy mason, where the duo come on like a latter day gram and emmylou.
description from www.roughtrade.com