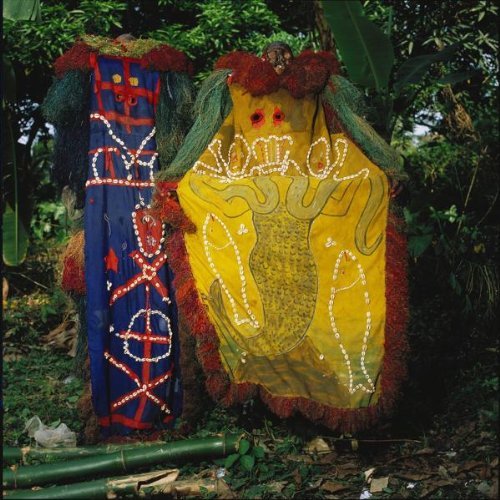 An adventure worth listening to.»

140 gram vinyl with a bonus 7" and digital download. featuring members of gang gang dance, ariel pink and white magic, this is what vampire weekend would sound like if they had a bit more guts, a bit less autotune. we just had a few of this super-limited release delivered to the shop by mr highlife himself... don't sleep on this one! best bless is the debut lp from sleepy doug shaw's highlife. shaw moved from his hometown of london, england at the age of 19, arriving onto the nyc music scene in 2003. at that time accompanied by only by an acoustic guitar, he was soon showcasing his preternatural singing abilities and strong focused fingerpicking blues skills around the city playing under the moniker sleepy doug shaw; and before long he had joined the entrancing psychedelic soul band white magic. highlife was born in 2008 when shaw, along with white magic collaborator mira billotte, retreated from new york to the small island of gaspar grande off the coast of trinidad, at the southernmost point of the carribean trail. the pair spent long, wandering nights chanting and inducing trance, recording on a portable setup that shaw had lugged along. shaw chose the name highlife to imbue a feeling of rejoicing and high consciousness, while also giving a nod to the genre of african music 'highlife', which has greatly influenced his guitar style.
description from www.roughtrade.com