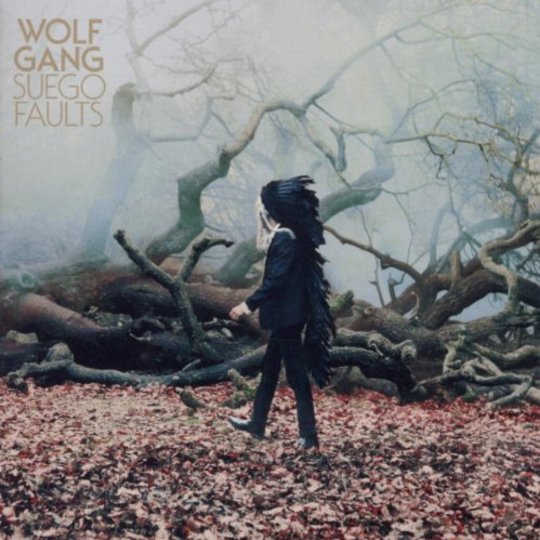 Wolf Gang, aka Max McElligott, is the latest in a long line of multi-instrumentalist pop artists. Yes, that means 'synths' and 'guitars' and everything including the kitchen sink. So far, so 2011. But in debut album Suego Faults, is there anything really to set Wolf Gang apart from the, er, pack?

It all starts off promisingly: opener 'Lions In Cages' is one of the most infectious things you'll hear all year. It's quietly insistent rather than filled with bombast, and quickly becomes one of those songs you listen to on repeat again and again and again until you go slightly insane. It's one of those - you know, the songs which Proper Pop Songwriters are always at great pains to point out are really difficult to write. It's also easily Suego Faults' best song, by quite a way.

The rest of the album veers between uptempo ditties ('Stay and Defend') and middling ballads ('Midnight Dancers', 'Suego Faults'). There are some moments coming close to the highs of 'Lions in Cages': for example, the deceptively simple, yet catchy as all get-out bassline of 'Where Are You Now' utterly drives the song. And 'The King and All Of His Men' has one of those "awooooohoooeeeeoooooh!" hooks that live and die by televised festival coverage. But over the course of a consistently alright album, there's not nearly enough high points like that to latch on to, either sonically or lyrically. And there are a number of slower tracks which just don't have much presence at all, closer 'Planets' being among the generally unmemorable ballads.

The difficulty with an artist like Wolf Gang coming along at a time like this is that, well, there are already a lot of male pop singer-songwriters who deal in melody, lyrical tropes, a gazillion instruments and vague electropop stylings. Enough to suggest that we might be at saturation point. I can describe Wolf Gang quite easily as sounding like a cross between MGMT, Patrick Wolf, Rufus Wainwright, Passion Pit and Starfucker. I could even trot out 'the K word' - 'Stay and Defend', with its pounding piano riff, has a distinct whiff of Hopes and Fears-era Keane about it. Whatever you think of any of those acts, describing a new artist should never come down solely to describing them as a hodge-podge of several other artists.

And that's really one of Suego Faults' two major flaws. McElligott's influences are broad and out there for all to see, and it's all generally quite likeable, but there's little sense of who the man himself actually is. That would be forgivable, though, if the songs themselves were more insistent, imposed themselves upon you more. Sadly, that's just not the case, and the album plods along more often than it soars. What you never, ever want from an album - no matter how consistent it is, or how sparkly or theatrical it is - is to find out that an album's highest point is its first song, and that's what's happened here. There's a lot to like in Suego Faults, but in the end, not a lot to love.