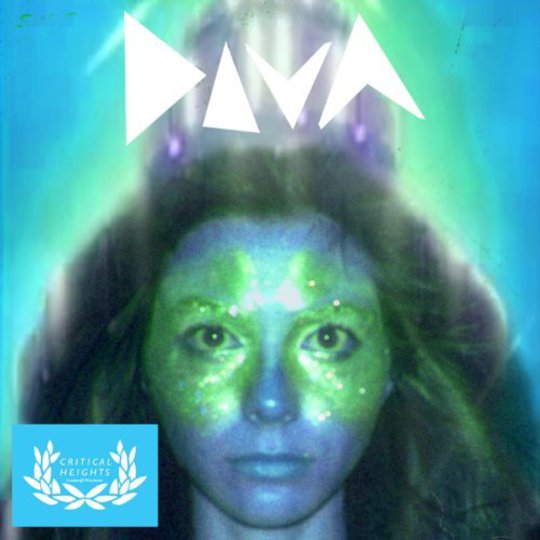 Yes, the name Diva sounds like a Mariah Carey compilation album. Or a Whitney Houston biopic. Or a Topshop fashion range 'designed' by a celebrity drug addict. Or the kind of phrase Gok Wan likes to shriek into the faces of insecure middle-aged women after he’s successfully convinced them to change themselves by caking their bodies in cosmetics and garish fabrics. Or a piece of musical theatre based on the songs of Christina Aguilera. Or a feminine hygiene product. Or a ropey burlesque night. Or the popular lesbian magazine established in 1994 and currently edited by Jane Czyzselska (now that’s a pretty good name).

The punning title The Glitter End isn’t much better; it is the headline one of the tabloids will wheel out when a certain disgraced glam-rock star dies, and may also be a synonym for pejazzle.

Diva is the solo project of Diva Dompé. She is the daughter of Kevin Haskins of Bauhaus, used to play in a group called Blackblack with her sister, was in a latter line-up of Pocahaunted, and is a member of the L.A. Ladies Choir.

It is also important not to be deterred by the artwork which features Miss Dompé all glittered up and striking the kinds of poses favoured by drama students who describe themselves as 'like, totally mental', or by M.I.A.

Musically speaking, Diva’s stint in Pocahaunted has obviously paid off. Whereas Blackblack were an adequate, amiable indie outfit with silly costumes, The Glitter End is a looping, psychedelic, big warm cauldron of molten nectar noise. Diva seems to be moving in the opposite trajectory of Bethany Cosentino who quit Pocahaunted and left their psych-drone-dub-folk behind her in favour of the summery ditties of Best Coast. Swimming in such a counter direction may not be the most commercial move, but it must be artistically fulfilling.

To experience the record is like being trapped willfully inside a lava lamp in the lounge of a hip household, floating around in there whilst flatmates in their respective rooms each play their preferred Not Not Fun records all at the same time. There’s a comforting, relaxed, dreamy vagueness to the whole thing. The vagueness is not enough to make the record forgettable, but just the right amount to make repeated listens rewarding as previously unnoticed sounds gradually reveal themselves. Submerged synths shimmer, dubby bass grooves loop, electronic sparkles drift in and out, guitars add texture rather than jarring, nothing is rushed, android birds and crickets and strange other creatures tweet and chirp and squelch in the background, stuff happens, stuff doesn’t happen, some tracks sound like they might be going backwards, and the tribal and steel drums that appear manage to avoid sounding like an embarrassing western aping of world music.

Diva’s voice chants, moans, and floats around discreetly. Thankfully, she steers away from Pocahaunted’s slightly irritating habit of wailing wordlessly like pretend pagans and instead (usually) manages to decide either to leave the track as an instrumental or to sing proper words (although often the words are so echoed, fuzzed and low in the mix that it can be difficult to tell what they are).

Diva’s trippy grooves evoke a lighter, less masculine Sun Araw, but she perhaps needs to be careful of who she is targeting her music at and in what way. Fans of the esoteric who might otherwise have been interested could well be discouraged by her Madonna/Beyoncé /Rihanna-like popstar mono-name and her verging-on-vacuous artwork. Which is a shame, because they would find much to enjoy here. Then again, it never did Björk any harm.