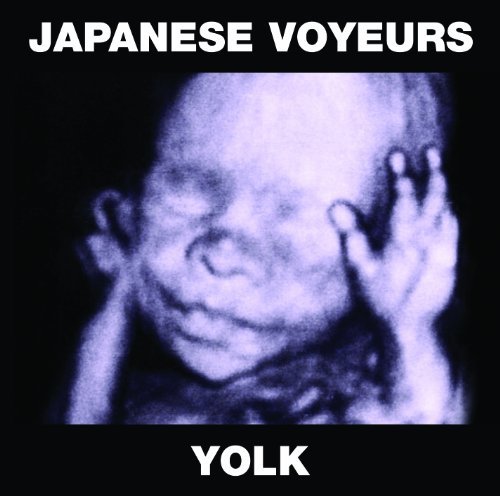 Japanese Voyeurs make music which sounds like exactly what it is: a dark, menacing and energetic explosion of the sort of music which they really love, now.»

london's noisiest rockers japanese voyeurs finally release their eagerly anticipated filthy loud debut album 'yolk'. quite possibly the darkest and heaviest band ever to be released on fiction records, japanese voyeurs' debut album 'yolk' fuses massive riffs with unforgettable melodies and singer romily alice's distinctive sweet and sour vocals' not to mention guest vocals from the legendary j mascis on track 'feed'. 'yolk' was recorded with gggarth richardson (rage against the machine / the melvins / jesus lizard) in an isolated farmyard in the forests of canada, and mixed by alex newport (fudge tunnel / at the drive-in) in the sweat of the brooklyn summer.
description from www.roughtrade.com