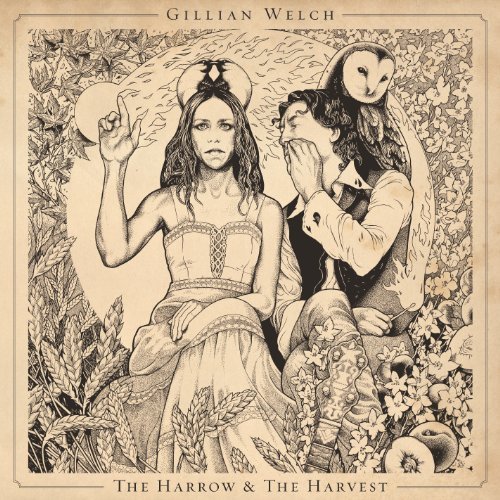 Gillian Welch - The Harrow & the Harvest

It’s the mix of simple, effective songwriting with exquisite musicianship that makes Gillian Welch so special.»

warner brother records release 'the harrow and the harvest', the new album by gillian welch, featuring ten new songs recorded at her own woodland sound studios in nashville, tennessee and produced by david rawlings. the album is a timeless country classic that features welch's most ruggedly traditional work yet. welch and rawlings met at berklee college of music in boston. together, they moved to nashville, tn, where most of their work together has been produced. since then, they have influenced and inspired new generations of country and folk singers, songwriters and players. they have earned the slavish admiration of many of the most lauded and loved voices of the americana milieu, and had their songs recorded by the likes of willie nelson, emmylou harris, and solomon burke.
description from www.roughtrade.com