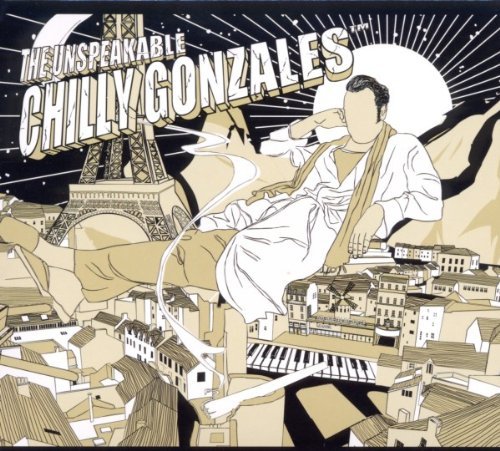 The Unspeakable... is good, sometimes very good, but it falls short of being great. Nevertheless, if this really is this world’s first orchestral rap album, here’s hoping there’s more to come.»

after his guinness world record, the album and the locarno film festival prize-winning feature film 'ivory tower', the single 'never stop chosen' by apple for their ipad ad and the inter-planetary video hit 'you can dance' with its near 1 million you tube views, the musical genius brings us a limited edition of symphonic spoken word: 'the unspeakable chilly gonzales', the first-ever all-orchestral rap album and live show - the dramatic next step after piano-rap classics 'the grudge' and 'crying' from 'ivory tower'. accompanied by hollywood swells, tympani rolls, noble french horns, hypnotizing bells and influenced by prokofiev, morricone and phillip glass among others, this record is chilly gonzales' 'professional confessional', revealing more of himself on these monologues than ever before.
description from www.roughtrade.com