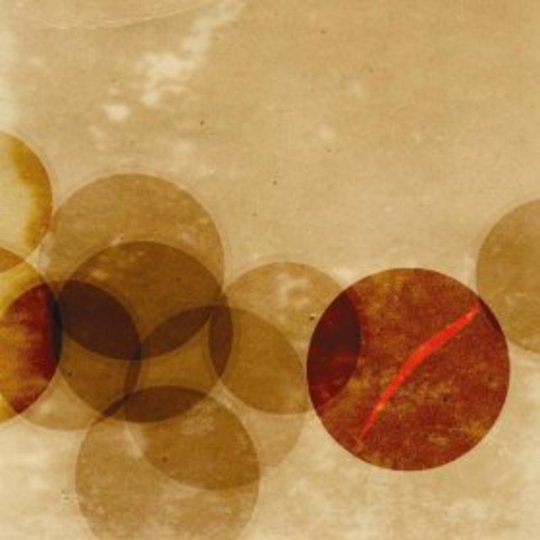 Melvins have had about as many bassists as Spinal Tap have had drummers. Mark Deutrom (a.k.a. Mark D) is one of the ones who isn’t Lori Black, Joe Preston or the hairy man-bear from Big Business. He contributed to classic Melvins albums such as Stoner Witch and Stag. As well as releasing solo albums, Deutrom has toured with Sunn O))) and plays with psychedelic swamp rock group The County Bucks. Deutrom’s last solo record, 2006’s Iraq, was a single hour-long track created from loops of George W. Bush saying the word “Iraq”, culminating in the word being repeated at a rate of 14,211,000 times per minute. A devastating condemnation of the now ex-President’s aggressive foreign policy, for some reason it didn’t make Q Magazine’s Albums of the Year list alongside the war-obsessed protest records of Neil Young and The Flaming Lips.

The Value of Decay is less uncompromising, but it is still an eclectic, ambitious and finely crafted work. The record starts with some misleadingly soothing string samples that sound like they’ve been lifted from a sentimental old movie that now only gets shown on Sunday afternoon television. These give way to chimes struck over the top of a laid-back, if slightly sinister, acoustic guitar. New strings arrive, this time more dramatic, building the tension. They start to fade and suddenly a voice, whispered, yet unnervingly loud in the mix, announces “The Master”. A huge distorted guitar kicks in, followed by some jazzy, almost out-of-control drum rolls. It’s like having somebody creep up behind you and shove you, flailing, into a large barrel of deathly dark, blackcurrant fuzz-jelly, and it captures the listener’s attention perfectly.

On first listen, one of the things which stands out is ‘Love Story’, which is divided into four short parts, dispersed across the album. This is a good idea in principle, providing a sense of consistency and conceptualisation. The tune itself, however, is a little weak. There are Albini-style industrial buzz-saw guitars, processed drums and angsty vocals which sound like an impersonation of the man from Dillinger Escape Plan when he starts doing an impersonation of Trent Reznor. Fans mourning for Nine Inch Nails might enjoy the filling of this void, but ultimately there is really no need to include four versions of this derivative squib.

The rest of the album, however, is greatly rewarding. It contains a schizophrenic mixture of styles, without losing flow and coherence, and will appeal to fans of Melvins, Mike Patton and the Ipecac aesthetic, the less guttural end of the Southern Lord roster, and to those who like to find diversity, experimentation and brains listed in the ingredients on the side of their rock wrapper.

There are a handful of long sludge-rock numbers, such as ‘Making a Killing’. With hints of Melvins, Tool and Spirit-era Apse, the breathy vocals appear only in the quiet sections, conscious that they cannot compete with the massive riffs that make up the rest of the composition. It also boasts a solo fatter than an obese warthog that’s just been crowned King of the sounder (the collective noun for warthogs). ‘Buried in the Jewel’ has more of a moody, Sabbath-enamoured desert rock vibe, and ‘Cities of Gold’ a proggier feel, with its echoed vocals, esoteric lyrics and, again, huge solos, sounding like a sleepier Jane’s Addiction.

As well as these lengthy rock numbers, the record contains ominous drone pieces, earthy (and Earth-y) instrumentals, a mournful, atmospheric ballad with all the cheeriness of Joy Division trying to soundtrack The Elephant Man, and a great section where Deutrom shouts the word “BLACK” over and over again like a stoner rock version of Johnny from The Fast Show.

The album ends with a nine-minute epic which tricks the listener into thinking it’s going to be another long sludge-rock number. Halfway in, however, the tune collapses in on itself and transforms into a gorgeous acoustic instrumental, complemented beautifully by Darcie Deaville’s sombre violin. It’s like being lifted out of the barrel of blackcurrant fuzz-jelly, given a towel and a massage, and then realising that actually you’d like to be pushed in again. Mark Deutrom may not be “The Master”, but his is certainly a ride worth taking.