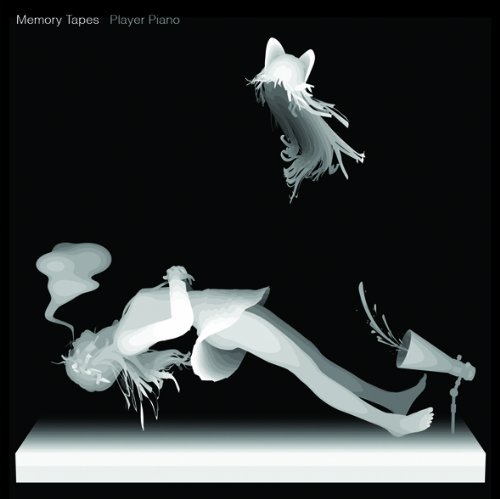 For someone who’s naturally inclined to back his way into the shadows, Player Piano is the sound of a man taking a significant step forward.»

'player piano', the excellent second album from memory tapes is released this summer on something in construction in europe and carpark in the us. it was, like its predecessor, recorded at dayve hawke's home studio in rural new jersey, where he juggles looking after his young daughter and being a musician. debut 'seek magic' was released properly in march 2010 and has since sold over 30,000 copies worldwide. the template / motif for 'player piano' was that it would be 'keyboard-based psychedelic girl group songs, a sort of motown suicide note' and so it is. largely eschewing modern beats this time in favour of 'drums that sound like the kinks' 60s records', there are still the spaces of modern r 'n' b, along with 50s doo wop, krautrock and a couple of nods to aphex twin. dayve is already working on memory tapes' third album, which is going to be a 'space rock, kind of sabbath' guitar based set. so, while 'seek magic' was quite an electronic sounding record with lots of dance music tropes, 'player piano' is all about the melody. simply put, there are lots of catchy tunes here, singalong choruses throughout the album and songs that feel very immediate and accessible, despite consistently dark lyrics that describe a disconnected mindset and a profound sense of isolation. there is a painterly aspect to the composition that gives the album a bright, clear arc that describes a deceptively simple picture taken as a whole, despite the fact there are hugely contrasting tunes within. and then again, within each song there are very playful twists and turns, wrong-headed arrangements and some very unusual instrumentation, from 70s hammond organs to clavioline (as heard of del shannon's runaway) and footsteps crunching through snow. memory tapes doesn't use sequencing software and has played each instrument in the studio himself. some of the elements are played deliberately off-key or out of synch to give the slightly warped yet warm feel that works so beautifully against the topline melodic aspects.
description from www.roughtrade.com