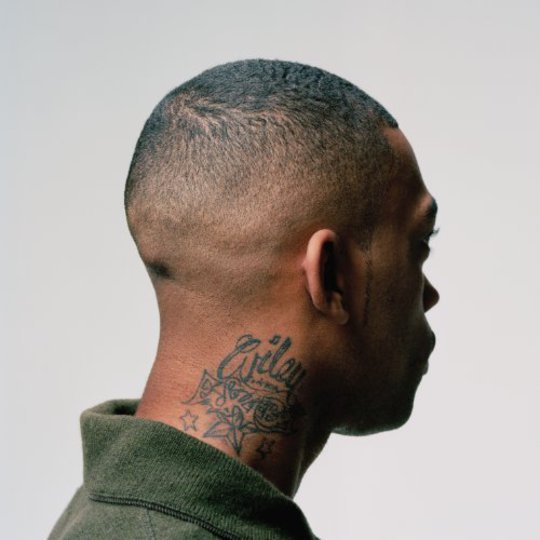 Prior to writing this, I knew very little about Wiley or his reputation as Grime overlord. I knew not of the fact that roughly a year ago Richard Cowie had both fired his manager, and given away over 180 tracks via Twitter. I was unaware of the inexplicably compelling banality of his Ustream. I did not know he had once been the subject of an Internet hoax that led many to believe that the rapper had been stabbed to death (not necessarily a stretch of the imagination, when you consider that Wiley has been the victim of stabbings on two previous occasions).

But while researching this unpredictable and erratic character turned out to be a more interesting task than my previously ignorant self would’ve assumed, I’m sure you can still imagine my scepticism when I received the press release for 100% Publishing and found the opening sentence to read 'Wiley is the Lord Byron of rap'. If I’ve learnt anything as I’ve accustomed myself to the 32 year-old Londoner’s creative output, it’s that Wiley is not the Lord Byron of rap. I don’t think anyone’s about to compare one of the greatest Romantic poets to an artist whose latest album includes the line “drop me out cabbie / you’re talkin’ poo in a nappy”. But then really, it’s a role that Wiley neither wants or is expected to fill.

As the record unfolds, it becomes clear that Wiley’s rhymes occasionally address something teetering on profound (“some days I’m asking God but then the internet is quicker” on ‘Information Age’), but are often largely mundane. But like his beloved Ustream stint, this prosaicness doesn’t necessarily mean tedious. Even ‘I Just Woke Up’, (which while in is part is about the measure of one’s creativity whilst still bleary eyed, is also just a Rebecca Black style run-down of the morning routine) is something of a gem. Who would’ve thought I’d end up forgiving the mundanity of a line like: “reading the Sun newspaper / 25p I’m a saver / might be 20 on another day / face getting hairy, send for the shaver”. Things pick up for the record’s title track, a very self aware commentary on his own work within the genre and industry “I know some don’t care about the grime scene but I’m gonna until I die … Nobody knows if it’s gonna work overseas but you wait until I try”.

It’s also nice to hear Wiley’s almost trademark unpredictability manifesting itself throughout the album, to varying degrees of success. The frankly annoying carousel motif on ‘Boom Boom Da Na’ for example, is neutralised by the frankly brilliant internal dialogue on ‘Your Intuition’ (“my family come from Trini” rhymes the foreground Wiley, before the schizophrenic translation “Trinidad”, is comically offered to those of us less well versed in East London abbreviations).

The production is sparse, often with just a few distinguishable components taking space at any one time. There’s still the odd surprise, not least the meditative, almost balletic piano loop on ‘Wise Man And His Words’. (I’ve no idea how this sort of thing sits with the average grime fan, but if like me, you’re that sort of middle class pesto-consuming listener that still considers “’ting” an irritating non-word, it’s an interesting and pleasing variation).

While the regimental beat of lead single ‘Numbers in Action’ showed promise in the idea that 100% Publishing could offer tracks that would repeat the commercial triumph of 2008’s 'Wearing My Rolex', there’s nothing here that suggests Wiley is about to follow Dizzee into the realms of international superstardom. Above all, I can’t help but feel that Wiley is still too much of a creative character, one relentlessly trying new and different things, to offer the sort of polished and succinct singles that would stick with a daytime radio audience. This unrelenting originality at least is something to be celebrated.