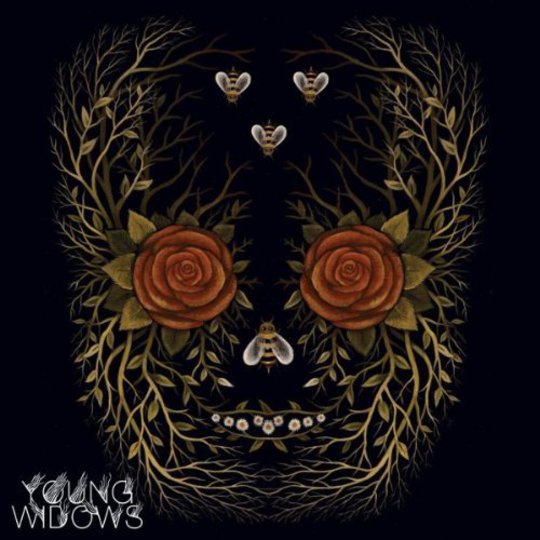 Well, well, well – if Settle Down City and Old Wounds were the mourning cries of a band too in thrall the cremated corpse of The Jesus Lizard (and to a lesser extent former incarnation mathcore group Breather Resist), it seems that In & Out Of Youth And Lightness finally sees Kentucky three-piece Young Widows let go of those ashes and watch them disintegrate in the abyss into which they now plunge.

And what an unnerving chasm this is to fall into. Produced in the upper levels of a funeral home by Kevin Ratterman (who has previously worked with My Morning Jacket), you can forget all that you may know about this band, because it will be stripped and burned away along with every bit of gentle warmth you have left in that soul of yours. Even the label it’s on might seem dirty to some. For those unfamiliar with Temporary Residence, the US label's most notable signatories are Explosions in the Sky, and IAOOYAL does follow the quiet/loud structure that is so familiar with post rock.

This apocalypse is opened by the death rattles of 'Young Rivers', an inertia of slow moving bass hits and reverberant guitars that echo fluidly as the blood from the wounds of singer Evan Patterson slowly seep out, his disjointed and buried voice commanding us to “Tell the feeders I’m bleeding.” And he finally fades away. Thrash, thrash, thrash. Guitars lacerate in a burning fury as a sense of never ending agony is communicated through Evan’s repetitive groans (‘Lean on the Ghost’, ‘Future Heart’). Even when this torture has ended, everything resonates with an almost spiritual abnormality, as Patterson’s overdubbed voice adds a ghostly air to the likes of ‘Right in the End’ and ‘Future Heart’.

Young Widows’ third effort is a journey of epic proportions. Okay, at times the journey might seem a little too long - ‘Miss Tambourine Wrist’ does grate with repetitive ideas - but for the most part, the pacing between the slow death like marches and the adrenaline injected thrash falls are executed brilliantly.