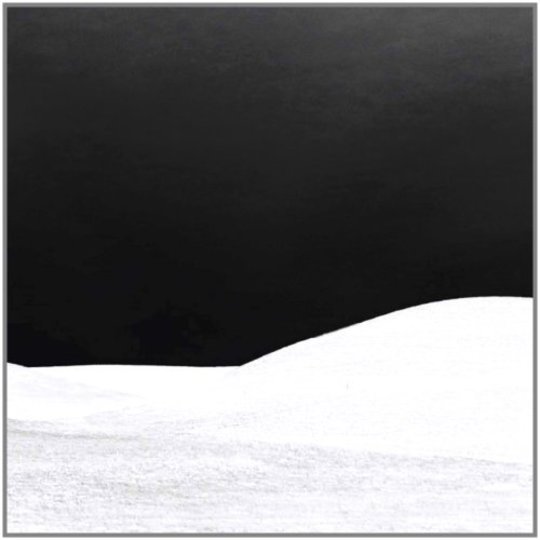 If the American psychedelic reel of the present has hitherto been imbued with a warm and fuggy glow, largely courtesy of Moon Duo’s refined but still trippy debut full length Mazes, then the arrival of a new White Hills record plunges its rotating axis firmly into the darkness.

Labelled a psych band since announcing their arrival in 2006 with a slew of self-released CD-Rs, such pigeonholing has never felt fully representative of the multitudinous sonic aspects that have informed the New York group’s work over the last few years. Far from the fuzzy, take-a-toke escapism that comes associated with many of their ilk, White Hills have always found themselves unable to separate the phantasm from the real, their lunar jams always returning to Earth’s mangled, beaten and bowed face with a smouldering impact. H-p1 is a concept album reacting against a corporation-controlled US Government – bassist Ego Sensation spits angrily in this record’s accompanying press release 'we have been sold the religion of consumerism to feed the corporate machine' – and it gives further impression of a group straining to break out of consciousness yet finding themselves helplessly drawn towards its aphotic realms instead.

Perhaps it’s the geography; Los Angeles and San Francisco, with their endless summers and dusty strips, provide ample time for the mind to wander lazily, but White Hills are from the unforgiving concrete and the tumultuous bustle of New York. This album was recorded in Brooklyn with Oneida guitarist Shahin Motia at the helm - another slave to the exploration of sonic dissonance. The shadows soon envelope.

It’s lucky for the listener that they do. First out of the traps, snarling, gums bare and beaming scarlet is ‘The Condition Of Nothing,’ its rolling main guitar riff swinging back and forth as though evading the jaws of bassist Ego Sensation’s underbelly attack. The primal nature of this ruthless introduction is something revisited repeatedly across the album’s gaping 71 minutes, the minatory backdrop from which the trio repeatedly attempt to evade and strike out. It looms into view again for ‘Upon Arrival,’ that previous talk of location rendered obsolete for five or so minutes as White Hills find themselves relocated and reset to late Sixties Motor City Detroit, the proto-punk viscera of The Stooges and the MC5 dripping all over guitarist Dave W.’s perforated tones. Even on ‘No Other Way,’ perhaps the nearest thing on here to a truly psychedelic trip-out, does that merciless edge remain, aided by the understated menace of Shazzula Nebula’s sustained web of searing synth drones. A sometime live collaborator, H-p1 marks her first on-record appearance and in truth she threads the record together, making it the band’s most cohesive yet.

Elsewhere there’s ‘Paradise,’ a 12 minute plus monolith of repetition that surges with real light-beyond-the-shade intentions, electronic shards blowing across Lee Hinshaw’s flesh-glistening percussive 4/4 constant, cutting the otherwise comparative refinement of the track into jagged bits. For many other bands a possession of such formidable firmament would be the utmost peak of their LP, for White Hills it slots in almost meekly alongside their other exercises in abrasion and genre contortion. See also the self-titled finale to the piece; a seventeen minute slab of slow-tempo riffs scribbled over with almost proggy abandon, its apparent intent as the group’s bombastic farewell is undermined only because of the ambition they’ve sought to realise over the previous hour; but…

… but for all of that, for all the omnipresent, bludgeoning bleakness and its oddly liberating thrill, the most evocative – if not most instantly gratifying – section of the album comes over the three tracks ‘A Need To Know,’ ‘Hand In Hand’ and ‘Monument.’ They amount to over 16 minutes of expertly held tension, of coldly sensual swells that coalesce and fragment, a clear concession that White Hills have been doing more than just paying lip service to producer Motia. The heavily distorted tribalistic drums of ‘Monument’ make for a mini-thriller in their own right, coming across as the cracking tail at the end of a particularly venomous segment of sound its nothing short of spine tingling.

That’s what makes H-p1 such a great album; there’s the brasher displays of emotion, whether that be the attempts at more positive psychedelia on ‘No Other Way’ and ‘Paradise,’ or the furious but freeing expressions of anger on ‘The Condition Of Nothing.’ Yet they’ll also reach even further down and search below that, to depths approached with more caution and wariness, and it’s here that they themselves rise highest. Maybe White Hills would gladly embrace the chance to find complete escapism in their music, but they’re too painfully aware of theirs and our surroundings, of its breakdowns and its seemingly terminal ills. H-p1 isn’t going to fix those, what it will do is provide their stridently glorious soundtrack.